ST. PETERSBURG — Okoye Morgan, Jr., a third-year law student at Florida A & M University, out of curiosity, sat at his desk one day to look up children’s books about African-American kids who wanted to become lawyers. Surprisingly, he couldn’t find any.

The lack of representation is due to the small number of Black lawyers in the country. The American Bar Association reported last year that out of the 1.3 million lawyers in the United States, only five percent are Black.

As an African-American man, Morgan decided something needed to be done to fill that void. He wrote a children’s book entitled “The Boy Who Went to Law School” to encourage Black children to become lawyers and published his book this year on Thanksgiving Day.

“What you introduce a child to early on shapes them and defines them for adulthood,” Morgan said. “There are a ton of books on basketball and playing sports and being a singer and entertainer, but why don’t we have any books that really explain to us career-wise what a lawyer is?”

In the story, the little boy dreams of becoming big and strong and saving someone. At first, the boy thinks that means he should become a superhero, but then he learns that he can help people by becoming a lawyer. Even though his friends laugh at his idea, the little boy is undaunted. Instead, he decides to fight for human rights, and he doesn’t lose sight of becoming a lawyer.

Throughout the book, the little boy grows, and so does his courage. The book explains that he graduates from law school with a 4.0 GPA and begins to defend people near and far. Just like the little boy in his story, Morgan grew up wanting to help others.

“I grew up on the south side of St. Petersburg, and I saw that there were a lot of inequities in education and policy, and even how we’re handled in the criminal justice system,” he explained. “I found a profession that allows me to advocate on behalf of others that have been harmed unjustly.”

Morgan encountered some doubts about his goal to be a lawyer, but it didn’t stop him from holding on to his dream.

“I think that anything you’re trying to work on that may seem great, people doubt,” he stated. “If you tell somebody you’re going to be the next astronaut, they’re like, ‘right, sure, whatever.'”

While growing up, Morgan said many educators didn’t think he could make it, and while in college, some professors questioned some of his success.

“I just want to ignite a flame in a child to not worry about the snorting and the laughing because at the end of the day, if you keep plugging and you keep pushing through, eventually you’ll become what you see in yourself.”

Morgan graduated from the University of Tampa in 2017 and will graduate from FAMU’s College of Law in 2021. But he will tell you that getting through law school hasn’t been a breeze.

“It’s very difficult,” he chuckled. “You can get through it if you continue to focus. But it’s definitely a process that reshapes your way of thinking, and then it gives you a different perspective on where you stand in the legal community.”

He explained that getting an education in the law at a historically Black college has given him a deeper understanding of what it means to be an African American in the legal system and how certain laws can apply to Black people.

“I don’t think they have that type of education at other schools that are not HBCUs because I feel like it would be kind of hard to present that information if you yourself are not Black,” he said.

Morgan has two goals to accomplish after he graduates: pass the Florida bar and grow a non-profit foundation with a scholarship fund for Black students that are entering law school. He’s already started by dedicating a portion of the profits from each sold copy of “The Boy Who Went to Law School.”

“I want to have some type of a subsidy where Black kids can come to me, and they’ll be able to have finances to get through their career,” he stated.

Morgan also teamed up with some of his colleagues at school to raise $2,000 to help the incoming class of law students at FAMU. In August, four new students can each receive a $500 scholarship that will help defray school costs.

The St. Pete native wants kids to know that there are many things that they can do with a law degree. For example, his career as an attorney will include civil litigation, which covers civil rights cases, personal injury and medical malpractice.

There are plenty of career options that kids can choose from, and Morgan lists those at the end of his book.

“We’ve had presidents that have been attorneys, and people that are in the Senate and Congress that are attorneys. It’s so vast in what you can do,” he explained.

Teachers and parents have been buying copies of the book for their children, and Morgan said the response has been great, and children love it. He’s working to make it more widely available in stores, and in the meantime, the book can be purchased on Amazon.com.

If you’d like to partner with Morgan to raise funds for his scholarship foundation for Black law students, please call (424) 335-9199. 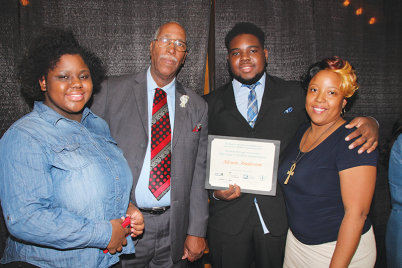 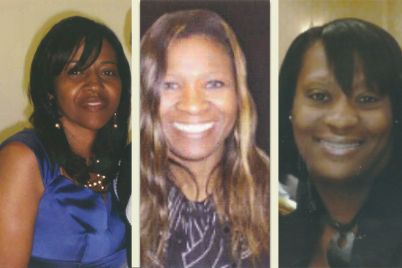 BY VALERY MCKNIGHT In 2004, the American Association of Colleges of Nursing (AACN)… 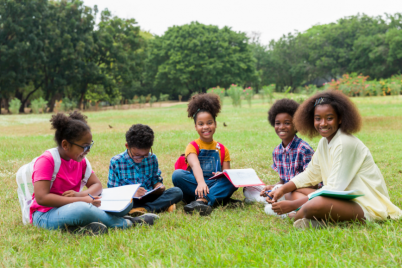