The CROWN Act is an acronym that stands for Creating a Respectful and Open World for Natural hair. This act is a law that prohibits race-based hair discrimination, which is the denial of employment and educational opportunities because of hair texture or protective hairstyles including braids, locs, twists, or Bantu knots.’

NATIONWIDE — What’s the big deal? After all, it’s just hair. With the CROWN Act being signed into law in many states and the recent hair-related scandal in the entertainment industry, one might be tempted to roll their eyes in exasperation at the amount of furor and discussion the topic of hair has drummed up in the Black community.

Is hair really that big of a deal, or is the Black community, once again, struggling for relevance by making a big deal out of nothing?

To answer these questions adequately, one must look at the significance of hair in African societies and trace its evolution through the slave trade and Civil Rights Movement to today. 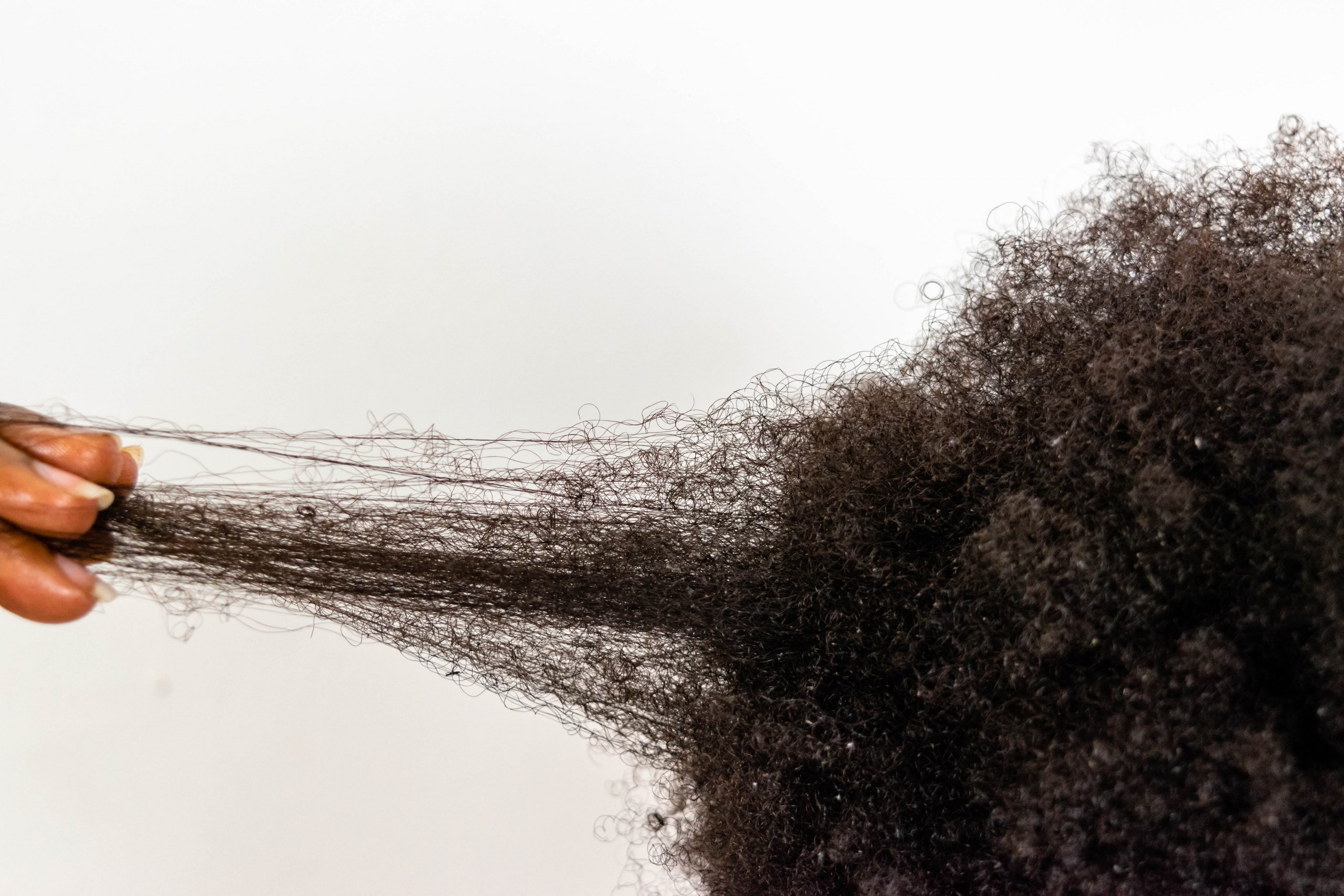 Cultural significance of hair in Africa

Despite what western media might depict, Africa is populated by people of many groups, and these groups have their own languages and culture. Before colonization and the forced grouping of the continent into different countries, numerous kingdoms ruled Africa. One of the ways to differentiate between the various kingdoms was through hairstyles and adornments worn on the head.

They felt that because their heads were the closest part of their bodies to the gods, their hairstyles could serve as messages to the divine. Even still, some people in Africa use their hairstyles as a sort of map to help them find their way home if they are ever lost or kidnapped.

For many Africans, you could tell nearly every aspect of their identity by looking at their hairstyle: marital status, age, religion, wealth, social rank, etc. When people were enslaved and taken out of Africa, one of the first things their captivators did on the slave ships was cut off their hair. This effectively stripped them of their identity and, for some, removed their only way of making it back home if they were ever able to escape.

During the slavery period, negative views around Black hair and Black features were denigrated with derogatory words such as “nappy” used to describe it. To push Eurocentric beauty standards, the enslaved with lighter skin and straighter hair were favored and selected for more desirable positions in the house.

The enslaved who worked in the fields had to plait their hair and cover their heads to protect it from the sun as they did backbreaking work. This gave birth to the name cornrows because the plaits of hair resembled the rows of corn being planted.

After emancipation, there was heavy pressure on Black people to continue conformity to white beauty standards for employment or to move up in society. This led to more sophisticated methods of straightening Black hair and the evolution of relaxers and hot combs.

This went on for decades until the Civil Rights Movement, when there was a strong push within the African-American community for Black pride. Initially, the afro was a symbol of rebellion against the status quo and a representation of Black people embracing the beauty in their Blackness. But by the end of the Harlem Renaissance and the Civil Rights movement, the cultural significance had largely been forgotten. Black people returned to complying with Eurocentric beauty standards.

The Natural Hair movement has been around for some time now on a low level. But the movement has been gaining even more, focus and popularity as Hollywood has shown more and more Black women in prominent roles, showcasing their natural hair in feature films, such as the Black Panther.

In 2019, a dark-skinned, Black woman wearing her natural hair was crowned as Miss Universe. These developments have helped many women see the beauty in their Blackness, causing mass abandonment of Eurocentric beauty standards in favor of natural hair.

Though the return to natural hair symbolizes a desire within the Black community to embrace its inherent beauty and culture, which has long since been mocked, ridiculed, and appropriated, combatting age-old prejudices has been a herculean task. The Dove CROWN Research Study for Girls in 2021 revealed that 53 percent of Black mothers whose daughters have experienced hair discrimination stated that the discrimination started as early as five years old for their daughters.

If you think that this discrimination stops as they grow older, you’d be wrong. Forty-seven percent of Black mothers reported having experienced discrimination related to their hair. In the CROWN Research Study/Dove, depending on the hairstyle (braids, Bantu knots, relaxed/straightened, natural hair), Black women are rated thirteen to thirty-one percent lower or “less ready” for job performance. Eighty percent of Black women agreed with the statement: “I have to change my hair from its natural state to fit in at the office.”

If hair is really “just hair,” there would be no need for hair discrimination in schools and the workplace. 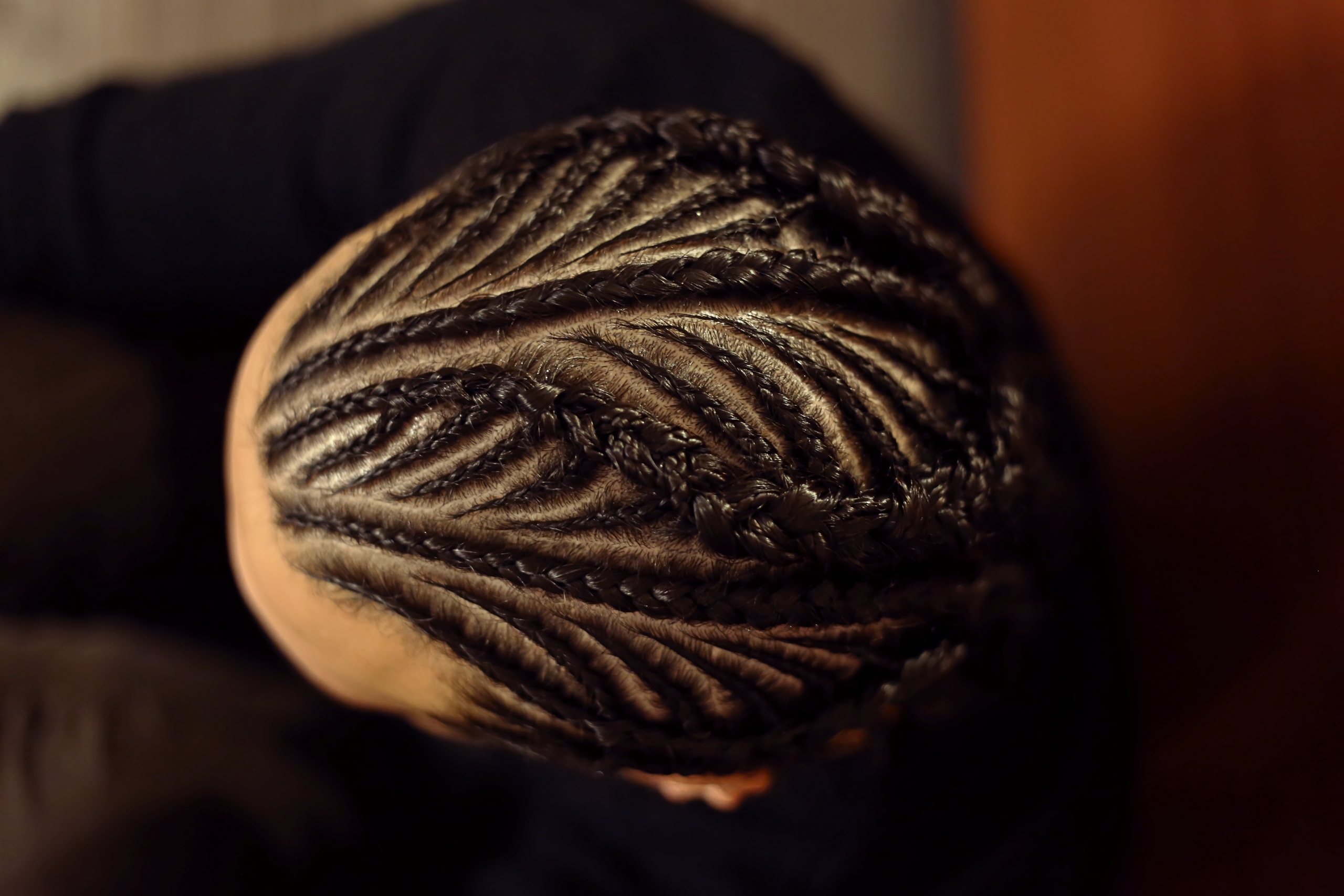 The CROWN Act is an acronym that stands for Creating a Respectful and Open World for Natural Hair. This act is a law that “prohibits race-based hair discrimination, which is the denial of employment and educational opportunities because of hair texture or protective hairstyles including braids, locs, twists, or Bantu knots.” Basically, the law is fighting to protect people of color in the workplace and K-12 public and charter schools from discrimination based on their hairstyles.

The State of Florida’s bill that would ban hair discrimination against men and women who choose to wear their hair naturally has failed in the Florida legislature for three years in a row. In 2019, it was introduced to Congress, where it passed in the House by a vote of 235-189. The next step is for it to go to the Senate.

The importance of the CROWN Act

That discrimination against someone because of the hair that grows out of their head naturally is ridiculous when you think about it. Why should someone be forced to alter their appearance to work and be a productive member of society? Why should someone’s hair deter them from being gainfully employed? When did it become OK to make fun of someone’s appearance?

Unfortunately, that is the world we live in. A world where Black women with “Afrocentric” hairstyles are seen as less professional than their counterparts who wear Eurocentric hairstyles. A world where girls as young as five experience discrimination because of something they have no control over. This is a world where Black nurses are threatened with dismissal from their jobs over “looking unprofessional” when they wear their hair in its natural state to work.

In the Black community, hair has never just been hair. It has been our means of identity, a method of communication to the gods, and a part of our history. Certain hairstyles have been around for centuries. Box braids, for example, originated in South Africa and dated back to 3500 B.C. Dreadlocks were first seen in 2500 B.C. in Egyptian carvings, drawings, and artifacts. Cornrows were first seen in Africa as early as 3000 B.C., and Ghana Braids were first seen in hieroglyphics and sculptures that date back to 500 B.C.

Our hairstyles are not just fashion statements, they are a part of our history and identity. When enslavers shaved the heads of enslaved people, they systematically and deliberately removed a very core part of their being. Not satisfied enough with that, they convinced them that their identity was ugly and needed to be removed to conform to a standard alien to them.

It is sad that decades later, this message is still permeating every aspect of our society.

Hair is not just hair! The CROWN Act helps restore Black people’s identity by making it OK to be ourselves in corporate environments. It helps protect Black girls from the pain of conforming to a standard that we will never meet. This act helps restore our humanity, create pride in our culture, and take back our identity. 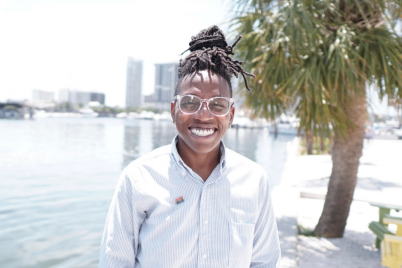 “We need to end this tale of two cities,” said Mhariel Summers about the… 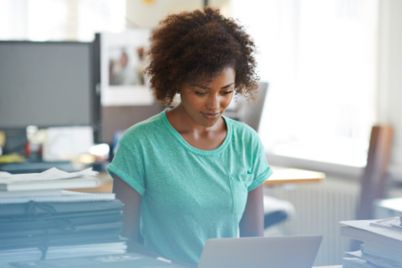 ST. PETERSBURG — The St. Petersburg chapter of The Links, Incorporated through its… 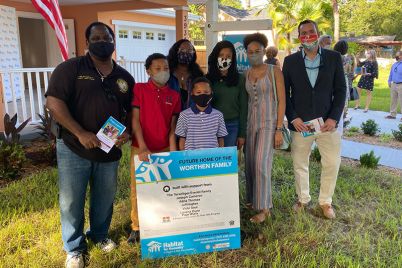 The Worthen family moved into their new Habitat for Humanity home on Sept. 22. ST.…

One Reply to “It‘s not just hair: Why the CROWN Act is critical”