ST. PETERSBURG – If stress is your issue, you’re not alone. According to a recent study published by th American Psychological Association, African Americans, Native Americans and Latino Americans suffer in large numbers from hypertension due to chronic stress caused by discrimination.

Clayton Sizemore, a health practitioner, bringing Mindful Movement to Pinellas County schools, recreation centers, city programs and community groups, is on a mission to change that.

The alternative, he adds, is becoming infirm, relying on multiple medications, with waning energy and health.

As a part of the Urban Yoga Foundation, founded by Ghylian Bell in 2007, Sizemore brings the Mindful Movement practice to underserved communities. The goal is to educate and empower individuals and communities through a variety of mindful-based integrative enrichment and wellness programs for children, youth, adults, and seniors.

After retiring from a 36-year-career in New York City broadcasting, Sizemore’s quest for a healthier life led him to study in India. As a former fellow and instructor at The Poynter Institute for Media Studies here in St. Pete, he had visited the area throughout his broadcasting career.

When it was time to relocate, he chose this area and brought his acumen in health, mindfulness, and stress-relieving practices with him.

“We’re taking the whole idea of health and holistic issues to a whole new level, and we really love working with young people. One of my goals here in Florida over the next few years is to be in every public school in Pinellas County because there’s so much trauma and so many challenges going on with young people,” Sizemore noted.

Because Mindfulness trains students to gain a moment-by-moment awareness of their thoughts, feelings, bodily sensations and surrounding environments through a gentle nurturing lens, Sizemore notes it has been shown to help young people “self-regulate” their behavior and attain a more quiet, peaceful state.

Mindful Movement also brings curriculums such as “Don’t Stress the Test” and “Math on the Mat” to classrooms to improve student achievement and confidence.

“When you make people more mindful, it helps them make better decisions; things that you used to do, you just can’t do them any longer,” added Sizemore, explaining how the training can extend to becoming more aware of what we eat, drink and how we treat our bodies in general.

“When you understand [the positive effects of mindfulness] at an early age, it changes everything about you. It makes you more peaceful; it makes you a better member of the community,” asserted Sizemore.

As well as also working with the City of St. Pete, the Arts Conservatory for Teens/Cohort of Champions and the Men in the Making mentoring program, he is also bringing gentle yoga and stress reduction techniques to adults throughout the community.

“Our classes are for people who are new to the yoga practice; we’re not trying to get people to get their legs behind their head,” he explained. “The more you do it, the better you get at it.”

At the Wednesday night class at Enoch Davis, students spoke enthusiastically about the program.

“I really enjoy the classes with Urban Yoga Foundation, it relaxes me and sets me up for a great evening,” Yolanda McGill-Fintak shared. “I’ve been doing it for about a year and a half.”

McGill-Fintak said the training has made a difference. She’s now more flexible, her breathing is less labored and poses that were once difficult are now a breeze. She has also noticed a change in her body, strength and core.

“Clayton Sizemore does an excellent job teaching people in yoga how to connect with their bodies,” affirmed Veatrice Farrell.

Sizemore thoroughly believes that Mindful Movement will add life to your years and years to your life. 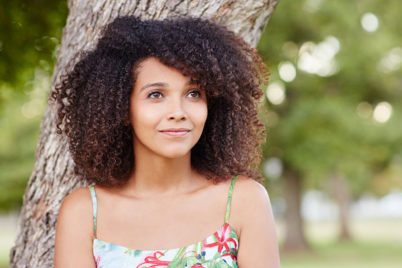 Anxiety Isn’t the Problem—Your Response Is

amorin | Psychology Today What do you think about when you hear the word anxiety?… 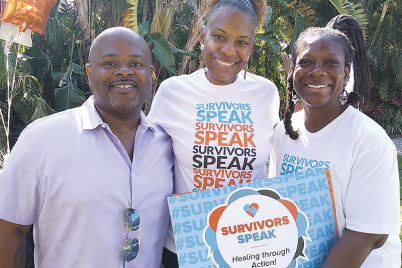