ST. PETERSBURG – More than 300 people took a tour around the world that tantalized their taste buds at the Taste of the World Food Festival sponsored by the St. Petersburg Metropolitan Section of the National Council of Negro Women, Inc. (NCNW) last Sunday at Pinellas Technical College.

For $20, hungry eventgoers got a chance to visit China, Italy, Africa, Cuba, Jamaica and the Deep South.

“You don’t need to pack a bag; you don’t need a passport, and we’re going to do it all in a couple of hours,” said mistress of ceremony Karen Davis-Pritchett.

The celebration of NCNW’s Food Festival has been an enlightening experience shared with this community for many years. This is one of the ways they look forward to the fellowship and breaking bread together while sharing the strengths and strong values families have in common: good cooking, smiling faces, laughter and good conversation.

The April 14 smorgasbord is a spinoff of the national Black Family Reunion event organized by the national NCNW and held in various cities across America each year. In 1986, Dr. Dorothy Height, then national president, became concerned that there were too many negative images of black family life. To remove some of the stereotypes and to bring about change and unity, she founded the annual national celebration.

The food festival held by the St. Petersburg Metropolitan Section continues to encourage, build and bring communities closer together and stand on the foundation of love, food, family and fellowship.

Since it was Palm Sunday, it only seemed right to infuse a little worship service in with the cavalcade of cuisine. Rev. Edward Nesbitt and First Lady Jo Anne Nesbitt got the crowd out of their seats with two musical selections, and Mt. Zion Progressive Baptist Church’s The Kingdom Boys praised God through dance.

Before the chow line formed, members of the Black Pearls, a membership of young ladies from age 10 to the completion of high school affiliated with NCNW, gave a presentation of each country represented. They each researched their respective country’s food, and sadly the top 10 foods from the United States included hamburgers, hot dogs and potato chips. Africa, however, was full of all kinds of delectable fare.

Carolyn Wilson, the captain of team Africa, said they tried to represent the entire continent. The ladies in the group did extensive research into the many regions. They came up with chicken peanut stew, fish stew, goat stew, lamb stew, coconut fried rice, couscous and more.

To make their corner of the world more authentic, they enlisted the help of students from Lakewood High School to paint all 54 countries of Africa and borrowed African artwork from Vitu International in Skyway Marine Vintage Mall.

“We have volunteers that are a part of NCNW and those who are not that have come on board and are going to be members because they enjoyed these activities,” said Stuart, who baked a pineapple coconut spice cake.

Event chair Mae Welch and co-chair Cynthia Jenkins both played it safe with southern cooking from the Deep South.

“We chose the United States because we love our country,” said Welch. “We are patriots…it’s a great country and I’m glad to be here.”

Jenkins said they chose the southern region because it’s their roots. They could have stuck with hot dogs and hamburgers, but they wanted food with a little more substance.

Annie Tucker and her team took on Italy. Since members of her group are all excellent home cooks, they had no problems cooking chicken marsala, penne pasta, spaghetti with meat sauce, cheese and meat lasagna and pasta salad. However, the pizza, cannoli and Italian lemon knot cookies were store bought.

Georgia Thomas and her team did extensive research into Cuban food. Many of the dishes she had never heard of so they took field trips to a Cuban restaurant and a cigar store to learn more about the culture and fare. They made Mojo-marinated pork shoulder, Cuban sandwiches, black beans and rice, fried plantains, green and ground beef salsa among other things.

Thomas couldn’t stop praising her team members and all the hard work they put in to make their slice of the Caribbean a success.  She also heaped praise on their current chapter president, Thelma Bruce.

And last but not least, the world tour stopped off in China. Sandra Gibson, director of the Black Pearls, helped her girls with a taste from the Far East. The young ladies chose Mandarin cuisine influenced by American taste with bourbon chicken, fried rice, orange chicken and more.

Gibson admitted that the girls’ parents did a lot of the cooking, and by the looks on everyone’s faces, they did a great job. 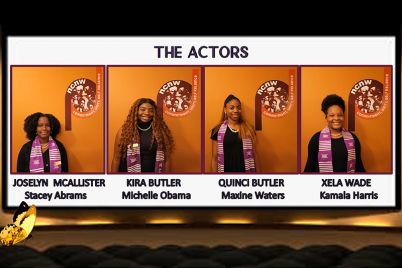 ST. PETERSBURG – The St. Petersburg Metropolitan Section of the National Council of…

ST. PETERSBURG — This is the season when communities pull together to service the… 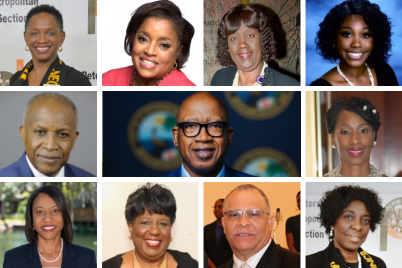