PETERSBURG — Alan “DallyBoy” Perry said the idea for the book came to him after dealing with his own destructive path with the criminal system. As he fought recidivism, he saw the tragic and overwhelming amount of African-American men missing from their communities because of incarceration.

“Seeing so many men missing from our communities due to incarceration, seeing so many fatherless kids, we men need to be in society being productive and competitive,” Perry said.

Although this is his first published work, Perry said he has been writing for most of his life, starting with poems and lyrics that he would sometime share with family and friends. But soon, he said he got involved in the street life and eventually ended up in prison.

It was during that time that he began to write and read incessantly as an escape from his circumstances. He even committed to further his education and received his GED.

Perry said after meeting two fellow inmates who were also committed to change, they formed a rap group called XKONN.  After they were all released, they released an independent album, Tearz of Anger.

By then, Perry said he was even more committed to his writing and wanted to write a book to try and encourage other men struggling for a better life. He titled his work, “Get Up, Get Out and Get Something: A Message to the Incarcerated Black Man.”

He said his experience led him to really believe that someone needs to inspire black men to become active and committed to building up broken down communities.

“I hope that the incarcerated men who read my book will be inspired to come home, stay home, and become positive, productive black men,” the father of three stated.

He said he is also hopeful that the book will be a motivator from other young men to stay away from prison and for the community to become more supportive of how tough it can be to be a Black man in society.

“I hope people can better understand our plight and join the side of righteousness to combat a destructive system,” Perry said.

So far, the author said the reaction to the book has been positive with a lot of great comments on social media. He said writing the book took about six months with another month for editing.

Perry decided to go the self-publishing route to control the process better.

“Although it was complicated to figure out at first, I really enjoyed the self-publishing process,” he said.

While the husband and father said he wouldn’t consider himself a full-time writer, he does have plans to release more books.

“I have recently acquired my degree in Digital Media, and I’m a videographer,” he explained.  “My next book will be a follow up to this one titled ‘Staying Out,'” he said. 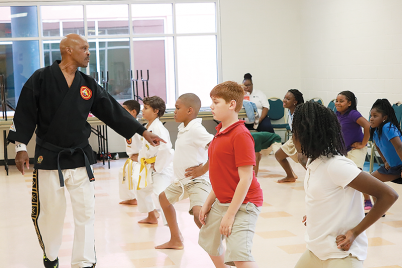 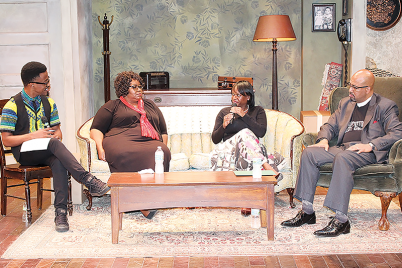 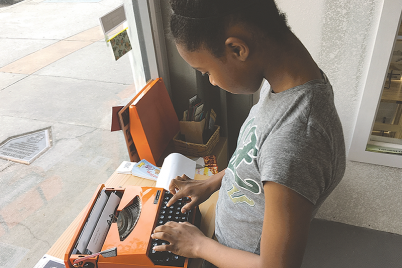 BY KAYIANNA HUGHES ST. PETERSBURG — In the middle of a busy street, there is a unique…