ST. PETERSBURG – The Lake Maggiore Gators of the Mid-Florida Football and Cheerleading Conference (MFFCC) have made some big changes. The organization has found a new home, hired a female coach and adopted a new name—the St. Pete Gators.

For their first three years, the Gators played their home games at Gibbs High School, where they had to shell out $4,500 a season in dues. Often Anthony Hart, president of the youth football organization, had to dig into his own pocket to come up with at least a portion of the funds to keep things going.

Then the city of St. Pete contacted Hart and offered to let the Gators play at Lakewood Soccer Complex, but the deal was about to get better.

“After that, they called and said, ‘How about we build you a field over at Thurgood Marshall Middle School if the school board goes along with it?’ Hart recalled.

Hart, Thurgood Marshal’s Principal Nicole Wilson and city officials met with the school board and all were in favor of the organization relocating.

“It was a win-win situation for everybody,” Hart said, adding that the field could be ready this summer or by 2018 at the latest. “It went before the city council and was unanimously approved.”

The Gators will have priority in using the field, but the school will also utilize it. If it is not ready by this year, the city has already committed to allowing the Gators to use Lakewood Soccer Complex for their five home games.

As a youth organization 501(c)(3), the Gators will be able to use this field either free of charge or for a very minimal cost, Hart said, estimating it would only be about two dollars an hour.

As a result, Hart and his board decided to rename the team the St. Pete Gators.

“It’s a community team because we are one family,” he said. “We’re one dream.” 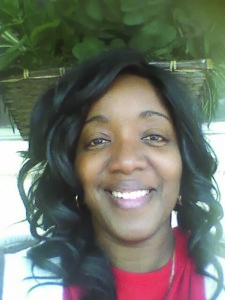 As the Gators recently hired Bonita Copeland to take over as head coach of the Peewee division (9-10 year olds), she will become the first female head coach for the youth football organization.

While this will be Copeland’s first year with the MFFCC, she is no stranger to the sidelines as she has been coaching on some level for 14 years with stints as either an assistant coach, head coach or cheerleading coach.

Her resume not only includes coaching for the Azalea Bulldogs, Clearwater Tornadoes and even amateur football teams, but she has even played semi-pro football for the Tampa Bay Terminators of the Independent Women’s Football League.

After so many years around the gridiron, Copeland believes coaching youth football carries its own rewards.

“I like making a difference in the kids,” she said. “Teaching them fundamentals, making them work hard and having them give their all.”

While Copeland’s gender hasn’t been an issue with the young people she has coached, sometimes it’s the adults that raise an eyebrow at seeing a female coach on the sidelines of such male-dominated sport.

“It seems like the parents are more shocked than the kids,” she said. “When I first started coaching, it was different because a lot of people couldn’t believe that I was coaching, that I didn’t know what I was doing. But I had some good guys who taught me and they coached me.”

From her players, though, she gets nothing but respect.

“They see me around town and say, ‘Hey, Coach!’ Some of them come up and give me a hug,” she said.

Looking forward to a new season of youth football, Copeland said her agenda is to make a difference in the kids’ lives.

“I want to hit the ground running and try to make a big impact,” she said. 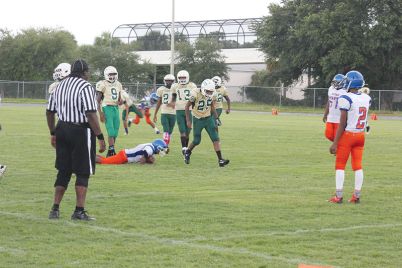