Concerning possible policy changes to encourage broader employment for those who are considered “hard to hire,” Peterman said you must not only put the right procedures and hiring policies in place but challenge anyone who might go against those equitable policies. Scruggs said you must invoke such a strategic policy to hire such individuals and have the budget that is aligned with that practice.

Regarding equity in the purchasing goods and services for those in need from black-owned and minority businesses in the county as commissioner, all candidates agreed on the importance of a disparity study.

“We’ve got to fight to make sure there’s an equitable treatment of all folks who are in business, especially African Americans in this county,” Peterman said.

Newton said during his time as a councilman, he looked to trade shows to attract black businesses, where he would get face-to-face time with the vendors. The problem with studies, he noted, is that little is liable to change unless actions and solutions follow.

Flowers was in support of redirecting funds from reactive police enforcement to social services, noting that social workers can respond to calls when it comes to individuals who are homeless, inebriated, or have mental health issues, for example.

“Those individuals don’t need to be going to jail,” she said. “They need services, they need support, they need transitional housing, they need rehabilitation services.”

She underscored the importance of having qualified people to deal with such issues rather than police officers who are not trained as social workers. Peterman said that this is important to divert resources, especially in dealing with African-American males with mental health issues.

“Police officers might look at a certain situation when a black male has mental health issues, and he’s belligerent,” he said, “they believe that he’s a threat right away. And sometimes, that’s not the case at all.”

Scruggs said that if the intent behind defunding the police is to address mental health and other issues that are not directly related to law enforcement, then not only the sheriff’s budget but the entire county budget needs a going over.

Concerning allocation of county resources, Peterman and Scruggs said they’d like to see more of them going to black businesses while Newton said he’d like to see more of them go toward youth services. Flowers stated that more resources should go to the county’s social services, such as the Pinellas homeless coalition, housing services and Community Development Block Grant.

“It is very hard to help someone once they become homeless versus providing them with support services they need to prevent them from becoming homeless,” Flowers stated.

As for the implementation of the South St. Pete CRA (Community Redevelopment Area), Scruggs said not enough has been done. Comprised of Greater Childs Park, more than 20 neighborhood and business associations, and two Florida Main Street districts, the CRA was established five years ago to promote reinvestment in south St. Pete.

“While we have a laundry list of actions that have occurred through the south side CRA, that what we can clearly see — for those of us that live in Midtown, those of us who have an investment in Midtown — is that the city and the county has failed on its promise through the Community Redevelopment Area to promote the development in the south side CRA, that in fact benefits the people who the original promise was made to,” she said.

Flowers said of the CRA funding that “those dollars are not being implemented for the purpose that they were intended” and pointed out the shortcomings in the process.

“When they had one specific implementation process,” she noted, “in order to able to apply for and qualify for the funding, you needed to able to have financial resources somewhere in the area of $25,000. Well, if you had the $25,000, you probably wouldn’t be coming to the CRA trying to get some of their money in order to get your business going.”

Flowers noted that she is a candidate endorsed by the AFL-CIO because “they understand that I support working men and women.”

The candidates are all Democrats except Scruggs, who is running with no party affiliation. Also, her name willonly appear on the Nov. 3 ballot.

Newton leaned on his experience as a St. Pete city councilman from 2008-16 and Florida House Representative from 2016-20, citing pieces of his legislation signed into law by the governor, his efforts to get pay raises for all state employees and his work with other black lawmakers to procure the approval for a slavery memorial at the Capitol.

“At this time, you need somebody in place with a current proven track record,” he said.

Peterman, who was also a councilman and state representative, said he has the ability to go to Tallahassee and lobby for Pinellas County, touting his achievements in state education, affordable housing and wages.

“I partnered with the City of St. Pete when I was a city councilman,” he explained. “We brought homes to the African-American area, to Midtown. Living wage, I’ve always fought for living wages, and I will continue to fight that we have the proper living wage for all people in this community, especially for African-American people.” 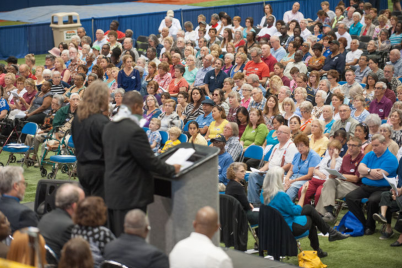 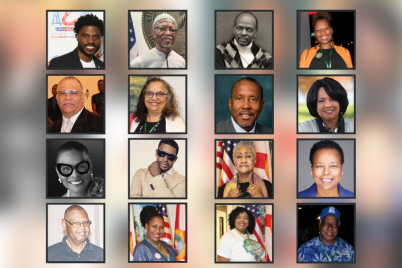 ST. PETERSBURG – The people have spoken: Ken Welch is the new mayor-elect of the…

Mayor Ken Welch updated St. Pete on his accomplishments in his first 100 days in office…