I first learned of Pastor Rainey from Lyn Johnson, Senior Editor and Co-Owner of this newspaper back in 2013.

She told me I needed to meet and talk with him and I said to her, “who this crazy pastor that believes he can get black parents to get involved in their kids’ lives by 100 percent?” I said there is no way anyone can get 100% they would be lucky if they could get 25-30%.”

As sad a statement as that was I knew that it was true and probably less than that.

However, I agreed and she gave me his contact info and we set up a meeting at my then office at Toriano’s Parker Financial Office located on the Deuces.

It was set up to be a 30-minute meeting that ended some two hours later.  The both of us were pleasantly surprised and shocked that we both were so close and on point in our thoughts and beliefs as it related to changing the narratives of the disappointing school system and several other societal issues plaguing South St Pete for decades.

In my fellowship with Pastor Rainey, I discovered that there was no other clergy that was more connected and, in the trenches, as he was and the beauty of it was that he walked the walk and thru PSFEC, Parent Support for Education Council, the ONLY Faith-based non-profit in the area that dealt directly with the school board and was instrumental in moving the needle.

Yeah, I hear some claiming that they supported the school system and blah blah blah, but where were you when it counted?  Our monthly meetings were structured, organized and mission driven and goals were constantly changing as they were being achieved.

You see, I remember the all-day workshop that was headed by Dr. Karen Mapp, Harvard School of Education, as she and her team road mapped step by step instructions for changing our failing elementary schools, which were the worst in the state, Melrose at the absolute bottom.  Then, PSFEC held a Parent Teacher Forum at JHop where again, Dr. Mapp and her team encapsulated a strategic road map to succeed in victoriously reversing St Pete’s infamous “Failure Factories”.

Pastor Rainey was dynamic in harnessing and implementing a collection of several local organizations whose sole purpose was to achieve victory thru collaboration and the power of prayer and Jesus Christ.

Ultimately, success was achieved thru the tireless efforts and willingness of Principal Nikita Reed funneling and filtering efforts thru Pastor Rainey when it came to those interested in joining and lending their support.

While I could throw shade here to pin point those that you would think should have played a major role by those to sit by the wayside and watch as the miraculous unfolded, I won’t.  I want to instead continue to honor the man I know was the major cogwheel that help propel Melrose from worst to First.  I won’t even mention the fact that when we had the celebration of this momentous miracle with the March For Melrose, there were several prominent individuals that were not in attendance. Oh, my bad, I guess I did.  Well, I didn’t mention any names.

I personally place Pastor Rainey and Sister Myrtle Williams as some of South St Pete’s Unsung Unmentionables and I’m forever grateful that the Lord brought them into my life and I know I’m a better man having known them and actually fostering a personal friendship with them.

I mention Sister Myrtle because I had to explain to many who she was and her great impact on the lives of hundreds if not thousands that went to SPC Gibbs campus.

She, just like Pastor Rainey were ones that didn’t waste time rushing to get in front of a mic or camera because there was work that needed to be done.  I relate to this mantra so much because it’s my life.

Another one of the great ones is peacefully resting waiting to receive those beauty words from the Lord, “Well Done Thou Good and Faithful Servant”.

I take great pleasure in writing these kinds of articles because it gives others amore deeper insight of those that you may not have known or their accomplishments.

Many could take a page out of his Books of Life on how not to just talk the talk but get into the trenches and fight for something or someone other than yourselves.

PS – For the record, you know I’m bringing that FIRE next week so be prepared.  Bishop Buzzkill

Biblical Discipleship, The Missing Cogwheel in the Black Church – Part 2

Praise the Lord saints. Taking the Church away from the Word as our basis for doing and…

Bishop Buzzkill is Back debunking inclusive

Praise the Lord. Yes, I’m back and yes, I’m finna deal with this so-called ministry… 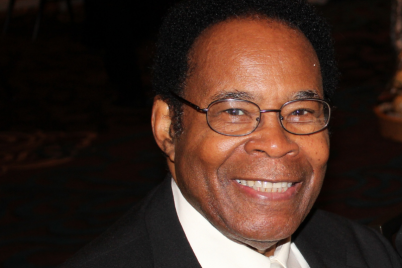