I-MIX: Industrial Mixed-Use would encourage a mixed-use, walkable destination with right-priced housing for St. Petersburg’s creative workforce. The Pinellas Trail and 22nd Street South intersection would be the primary meeting and gathering plaza along the corridor.

ST. PETERSBURG — On 22nd Street South, between First Avenue and Sixth Avenue South, large parcels of land — mostly vacant — sit unchanged, as they have for decades.

Joe Furst, a private developer and the founder and managing principal of Place Projects, is hoping to change that. He recently purchased right around seven acres of the vacant land on 22nd Street South.

“Until there’s a zoning change, there’s no business or residential or office opportunity,” he said.

The vacant land blocks off vital access from the downtown area and the Warehouse Arts District to the Deuces, he said in Place Projects, in collaboration with local stakeholders, which include The Deuces Live and the Warehouse Arts District, presented 22 I-MIX, a proposal that includes a mix of commercial and residential development, during a public meeting on a website created for the project.

Around 100 community members—some invited by stakeholders and other concerned citizens who reached out about the project—attended the meeting.

Right now, St. Petersburg residents, and particularly those who have lived and worked in south St. Petersburg, have mixed feelings about the project.

For Martina Sykes and her father, Rev. Manuel Sykes, the project feels all too familiar.

“This (project) is designed to bring the downtown group further west, and then south, which encroaches on the existing Black population,” said Rev. Sykes, who has lived in various south St. Pete neighborhoods for the past 28 years. “Who will it serve? What’s the ultimate goal of the project?”

Rev. Sykes stated Furst is not the first person to try to redevelop areas on the south side of St. Petersburg. In the past, he said, many of the redevelopment projects have undercut the area’s history and caused harm to the predominantly Black community living in these areas.

“It’s one of those things where Black life is being circumvented, changed, removed, and someone else’s vision is coming in.”

For Martina Sykes, who lived, worked, and went to school on the south side and currently resides in New York, the project doesn’t feel very transparent.

“At the meeting, they talked about how the project will be a benefit the community and add cultural value to the area,” Sykes said. “My question is benefit to what community and who’s culture? Will this benefit the Black community that has lived and worked in that area for generations? We don’t know because nothing is really concrete.”

Martina Sykes said during the meeting, talks about affordable housing and business opportunities were brought up, but not much information was given. She and other community members, such as Mierela Setkic, a local business owner and long-time St. Petersburg resident, want more concrete information.

“A lot of the progress that’s happened in the city has been really great and exciting,” Setki said. “But it’s very concerning that it’s not been evenly distributed or accessible throughout the city. For this particular project, I want to know how much of the space will be dedicated to affordable housing. Will there be things put in place that make sure the current community is able to benefit?”

Specifics have not been given to the community regarding what percentage of the residential development will be affordable because those figures are not available, Furst said.

“The reason we’re in a little bit of a holding pattern and haven’t offered those specifics,” Furst stated, “is because until the city works side by side with what we’re doing, we can’t promise anything without knowing what we’re working with.”

Furst said more would be revealed once the city moves forward with its StPete2050 Plan, which outlines how the city will grow and change. Planning for StPete2050 started in mid-October. As the weeks go by, Furst hopes to have more information about the parameters in which the city will let him develop the acreage he’s purchased.

He plans to hold more public meetings as time goes on, and he has more information on exactly how the 22 I-MIX project will move forward. He also said the community would continue to be engaged in these conversations.

“We built the coalition the way we have because I don’t believe in speaking for other people,” he said. “I’ve never been more passionate, enthusiastic and excited about a project. We are trying to be as historically thoughtful and community-engaged as possible.”

One community member Furst reached out to and spoke with in-depth is Gwendolyn Reese, a prominent area historian and president of the African American Heritage Association of St. Petersburg. Reese believes the project is a positive move in the right direction.

“Joe has a sense of the significance and importance of the Deuces,” she said. “He’s done a lot of research, and the area that he is developing is not a part of the historic Deuces. I support what he is doing.”

Reese said she supports the change in zoning for the area because the community does not want or need factories, which is the only option under the current restrictions. She also rejected the notion that Furst’s plans for redevelopment equate to gentrification.

“We did have Black people north of Fifth Avenue, but it was in the residential area near the west side of 23rd Street,” Reese said. “I don’t see this as gentrification because that area is not a part of the historic Black neighborhoods on the Deuces.”

Likewise, Veatrice Farrell, executive director of the Deuces Live — a community stakeholder in the 22 I-MIX project — said the Deuces board also supports the development plan Furst has set forth. She echoed Reese’s thoughts about the area not being a part of St. Petersburg’s historic Black neighborhoods and added that right now, the land serves no productive purpose for the area.

“The (current) zoning doesn’t allow for any mixed used for the property,” she said. “We wouldn’t be able to bring more industry or housing into the corridor as it stands right now. (Furst) has made two presentations to the Deuces board, and we’re supportive of bringing more commercial and residential zoning changes as they are presented to us.” 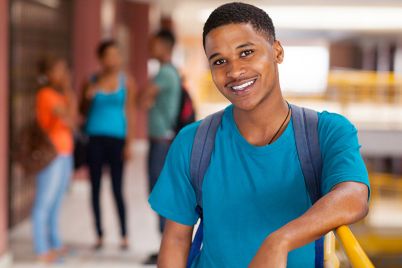 PINELLAS COUNTY — There are many high school options in Pinellas County, but only… 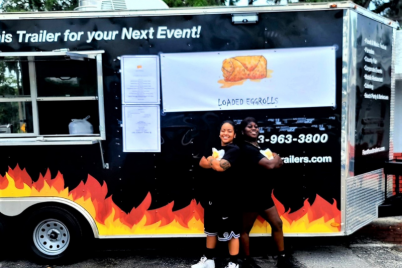 Kiona Boyd, (right), the niece of Eric Atwater and another generation of culinary… 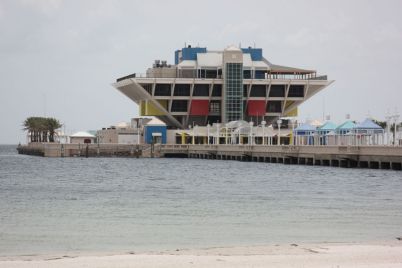 Mayor lays out plans for the Pier