ST. PETERSBURG — The Phyllis Wheatley Rise to Read Campaign (PWRTRC) aims to be the solution to closing the literacy gap between Black and white students in Pinellas County.

The literacy campaign began in 2018 due to the St. Petersburg Branch NAACP’s efforts to strategize the best way to close the ongoing achievement gap. St. Petersburg College paid for a facilitator from Cornell University to conduct a two-day discussion on how the African-American community should approach the issue.

Then-president Maria L. Scruggs, who oversees the campaign, said it became apparent the focus should be on reading and mental health. When Scruggs received a report stating that only 25 percent of Black children were reading at or above their grade level, she knew the status quo was not working, and something else needed to be done.

Scruggs told the Challenger that the NAACP decided to investigate how much tax-payer money was going to fund literacy programs in Pinellas County that were clearly underperforming. Public records requests were sent to the county government, the Juvenile Welfare Board, and the school district.

Scruggs said they found an estimated $43 million had been spent on literacy programming – with unacceptable results. She added that a public records request was sent to the City of St. Petersburg but was not obtained after the city sent back a bill for $2,000 to produce the records.

“We’re spending over $43 million of public money on literacy programming, and Black children still can’t read,” said Scruggs. “That is a problem.”

“We need each other to accomplish this goal, and the mission of PWRTRC is to ensure that African children are reading at or above grade level in this generation and beyond.”

The campaign draws inspiration from the critically acclaimed 2006 film Akeelah and the Bee, specifically the scene where Akeelah (Keke Palmer) is worried about losing her coach. Akeelah’s mother (Angela Bassett) tells her daughter not to worry because she has a whole community of coaches.

“That is what the African culture and African way is all about – the village,” said Scruggs, noting that hometown shero Angela Bassett is a childhood friend.

Unfortunately, Scruggs believes that African-American institutions have been “diluted or decimated” and that community pride in education has been lost. That is why the campaign focuses on an organized community change system that starts with the youngest children and works from the “bottom-up.”

PWRTRC takes academic instruction and support where the children in the community are. This includes homes, churches, sports practices, juvenile justice programs, and many other areas. The campaign wants reading to be seen as “cool” in the Black community.

Scruggs said the reason it is called a campaign is because the marketing aspect is so crucial. She said many times when the African-American community attempts to bring about social change, the program receives a lot of money and a large social media presence, and Blacks people are hired to pass out flyers, but no real change ever occurs.

In the instance of the reading gap, she said the proof of this is in the reading scores and metrics. PWRTRC partners with trusted literacy programs that they feel can bring about real change.

“The idea is to help build the capacity of those literacy partners … to go wherever children are to give them the support they need,” she explained.

Scruggs also recognizes the importance of having proper strategies to ensure the programs are working and shared outcomes are being met.

“We’ve been funding a lot of programs, and we don’t know what the outcomes are tied to,” said Scruggs, who feels it hasn’t been tied to the FSA scores because only 25 percent of Black children were reading at or above their grade level.

Improving reading and test scores is fundamental to PWRTRC, and Scruggs believes that will also serve as an economic engine. She explains it is essential to draw the link between literacy, education, and economics, as they are directly linked.

“If our babies can’t read, the chances of them being able to go on to a vocational program or a college … are slim to none,” asserted Scruggs.

While FSA scores and getting children to read at their grade level is important to Scruggs, she wants to see Black children proficient in reading and comprehension and exceed that basic standard. This aspiration ties into the campaign’s namesake, Phyllis Wheatley.

Wheatley was an enslaved young girl who taught herself to read with the help of her enslavers. Wheatley did not just learn how to read, however.

She had her first poem published when she was just 12 years old. In 1775, she wrote a poem for George Washington, who praised her work. In 1776, the two would meet. She would become the first Black woman and the first enslaved person to publish a book in the American Colonies.

“Our thought process was if a slave in the 18th century can teach herself how to read, how are our African children not able to read in the 21st century,” asked Scruggs. “With all of these great federal programs … we really are not making any kind of substantive advances in the basics when it comes to reading.” 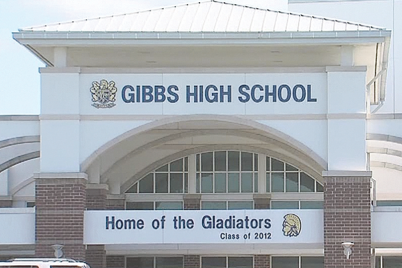 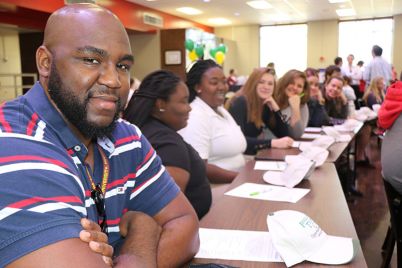 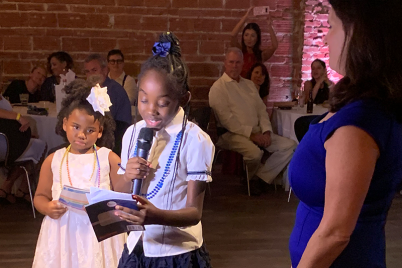