After Reconstruction, the provision that allowed involuntary servitude for those convicted of a crime was used to re-enslave many black men and women who were arrested and convicted of petty offenses, such as vagrancy and loitering.

Historian Eric Foner recently published a book entitled “The Second Founding,” which explores how the incredible struggle to create “a new definition of American citizenship, incorporating equal rights regardless of race, was written into the Constitution.”

The 13th, 14th, and 15th Amendments to the United States Constitution are often referred to as the Civil War Amendments or the Reconstruction Amendments.  They were encouraged and fought for by early abolitionists in Congress during the existence of and after the defeat of the Confederacy.

It was a bitter struggle, made all the more difficult after the assassination of President Abraham Lincoln. It took a valiant effort after the Civil War to secure the passage of these amendments.

As early as 1619, slavery existed in the North American British Colonies. Between the American Revolution in 1776 and 1804, the northern states provided for the gradual abolition of slavery in some form; however, no southern state did so during this period, and slavery continued as a lawful institution in some places, even after the Emancipation Proclamation of 1863.

That institution did not end until after the Union Troops won the Civil War in 1865.  The harsh, cruel, and inhumane system was codified in many places.  Under Article IV, Section 2, Clause 3 of the United States Constitution, no person could be freed by escaping to a non-slave state.

This provision is called the “Fugitive Slave Clause.”  The enslaved could not run to freedom without fear of capture and return or even death. Fortunately, there were non-slave states and Canada where the enslaved, often using the Underground Railroad to freedom, did not enforce the Fugitive Slave Act.  Slave catchers, however, could be anywhere.

On Feb. 10, 1864, the Senate Judiciary Committee drafted the language currently in the 13th Amendment. The Senate passed the amendment on April 8, 1864. The proposal, however, failed in the House of Representatives.

On Jan. 31, 1865, after the defeat of the Confederacy, the 13th Amendment was finally passed by Congress.  On Dec. 6, 1865, it became part of the Constitution after ratification by 27 States.

It was certified as a valid amendment by Secretary of State Seward on Dec. 18, 1865. Upon the adoption of the 13th Amendment, the Fugitive Slave Clause became null and void.

The amendment abolished involuntary servitude, except for those convicted of a crime. It took a long time, from at least 1619 to 1865 and a bloody civil war, for slavery to be abolished in the United States through the adoption of the 13th Amendment.

Even after its adoption, the South continued to fight against its implementation. After Reconstruction, the provision that allowed involuntary servitude for those convicted of a crime was used to re-enslave many black men and women who were arrested and convicted of petty offenses, such as vagrancy and loitering.

The black penal population was often rented out by local governments to work for private industries. These incarcerated black men and women were used to construct railroads and other capital construction projects by state and local governments for free.

In a sense, this form of enslavement persisted until the civil rights struggles of the 1950s and 1960s finally ended it. The provision is still in the Constitution, but rarely abused the way it was after Reconstruction.

The United States Supreme Court, in a series of decisions between 1857 and 1873, such as Dred Scott v. Sandford, The Slaughterhouse Cases, United States v, Cruikshank, and Screws v. United States, eviscerated the protections of the three amendments.

By 1873, all three amendments were under siege by court decisions and enforcement of the southern states’ racist “Black Codes.”  The United States Supreme Court permitted this oppressive racial separation primarily by legitimizing the concept of “states’ rights.”  In doing so, it permitted the Southern states to effectively end Reconstruction and allowed for institutionalized, systemic racism, which became a way of life in America.

This racist system continued until the Civil Rights Movement of the 1950s and 1960s. The turning point was the Supreme Court decision of Brown v. Board of Education of Topeka, Kansas on May 17, 1954.

In that case, the court held that racial segregation was “inherently unequal.” This decision met with tremendous opposition throughout the United States, and a massive counter-movement opposed to desecration vowed to continue the separation of the races.

Segregationists argued for their “way of life.” There was vociferous opposition to African-American cultural leaders and institutions. Southern segregationist lawmakers in Congress pledged to have separation of the races last forever. Many still do.

Attorney Jacqueline Williams Hubbard graduated from the Boston University Law School. She is currently the president of the St. Petersburg Branch of the Association for the Study of African American Life and History, Inc. 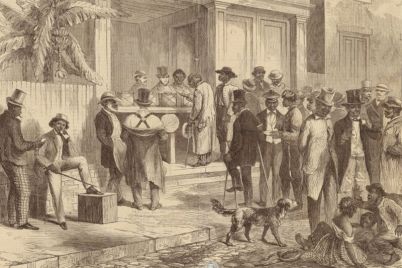 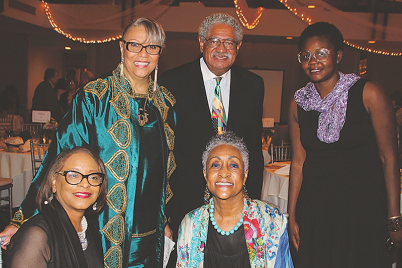 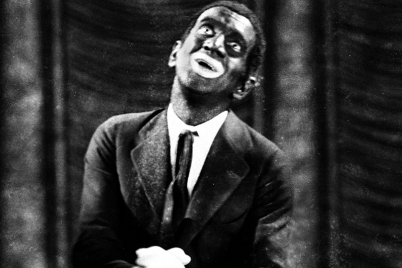