Journeys in Journalism program held a two-week exhibit entitled “Through Our Eyes: Midtown and Beyond” at The Studio@620 earlier this month

ST. PETERSBURG – The next wave of journalists, scholars and artists coming out of the Pinellas County School’s Journeys in Journalism program held a two-week exhibit entitled “Through Our Eyes: Midtown and Beyond” at The Studio@620 earlier this month.

The program started in 2001 as a collaboration between the Tampa Bay Times and Pinellas County Schools.

“In each of those schools, we are providing skills and hands-on experiences for scholars to learn the profession — whether that’s doing multimedia, print journalism or photo-journalism,” said Pruitt.

Because it offers learning in elementary school and progresses all the way through high school, students who attend the programs can be sure to increase their reading, writing and analytical skills.

Pruitt noted, “The idea is that they will take those skill sets on to higher learning and perhaps eventually even use their skills professionally.”

At an annual event hosted at The Studio@620 going on 15 years, students are able to showcase photographs, multimedia works and writing around the theme of architecture and construction, subjects which are being explored at The Studio this year.

At the exhibit’s opening night on Friday, Jan. 11, scholars wore “Journalism Matters” t-shirts as parents, teachers, family and friends beamed while perusing the students’ photos and multimedia works. Each school had its own wall at the exhibit.

Lakewood’s photojournalism instructor Jade Shiver commented on how very proud she was to see how former student Alicia Lopez captured the mise-en-scène of a high school prom.

“I love it for the moment that it captures, the light as well and the colors that are going on. There’s a lot of movement in the photos,” Shiver said. “It’s a very sincere moment of fun—definitely a high school moment.”

John Hopkins journalism teacher Ian Lindsay pointed out how the artistic ability of his young charges should not be underestimated.

“They take what they are doing very seriously,” said Lindsay.

Along with the photography, there were also framed letters written by students to the mayor and the governor that expressed their feelings about issues impacting St. Pete and the state of Florida.

“It’s all-inclusive,” offered Pruitt, when asked how works were selected. “All of our students have produced works of art; we compiled that work that we feel would be of interest to the community.”

Students gain entrance to the schools by applying through the school district. At Melrose, where Journeys in Journalism started, the entire campus is journalism-themed. The program is offered as an elective at John Hopkins and Lakewood.

“Probably the greatest fulfillment of this process was the night of the opening — watching our young ones and little scholars when they walked in the door — to see their faces and how excited they were to see their art and photos on the wall,” noted Pruitt. 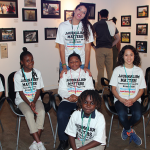 She acknowledged that the excitement of the students, as well as the joy of the parents who get to see their children’s work, let the teachers and program administrators know they’re doing something right.

“We know that we’re building to even greater success in the near future,” finished Pruitt.

Superintendent Michael Grego, several school board members and Mayor Rick Kriseman were all in attendance. 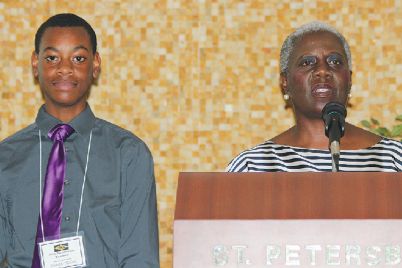 The Martin Luther King Jr. Day of Service was a hit around St. Petersburg and the two… 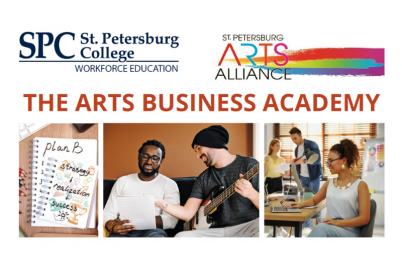 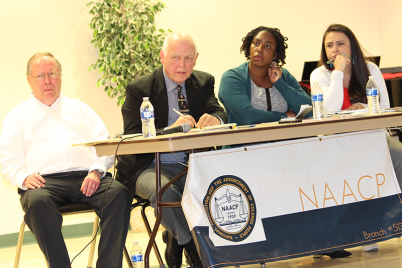