Editor’s note: As of Friday, Dec. 17, Wengay Newton officially threw his hat in the ring for St. Pete mayor, seven days after this article was originally published.

ST. PETERSBURG — Wengay Newton, former State Representative for District 70, might have lost his bid for District 7 County Commissioner, but he is undaunted about his plans to continue to work for the community.

His accomplishments in Tallahassee were impressive — including getting three bills signed into law as Florida statutes. He is incredibly proud of “bringing home” 4.5 million dollars in resources from the Florida 2020-21 budget for youth services in St. Pete – including nearly 4 million for HIPPY, $300,000 for Happy Workers and St. Pete PAL and $50,000 for the Kind Mouse.

Newton decided not to stay in Tallahassee and run for a third term as a representative because he was ready to return to St. Pete with what he had learned as a lawmaker in the Florida House.

“I thought I could do more with the resources and the relationships and bridges that I’ve built in Tallahassee, to come back and help my community, which is District 7,” he said, referring to the district he represented as a city councilman.

Newton noted that as a member of the Florida House for life, he can still walk on the “floor” anytime they’re in session and network and bring his causes to those currently in office. Those kinds of connections, he reflected, are not connections either the departing commissioner Ken Welch held, or are they held by Rene Flowers, who won the election and takes over as commissioner in 2021.

Newton added that the importance of those kinds of relationships are even more critical when “you have an area of neglect, and you’re not able to get resources to help with that area.”

He said he believes that voter suppression played a large part in his loss and the fact that he was “locked into a democratic-only primary.” With support from members of all parties, from Republicans to Independents and Democrats, Newton lost a large part of the base he feels would have helped his chances.

He also felt perceptions could have worked against him — such as resentment about his willingness to reach across the aisle to get things done.

“You have people saying, ‘he’s too close to Republicans, he’s not a real Democrat.’ I don’t know what that means. Does that mean bringing resources back home, providing opportunities for families, making sure our teachers have a minimum salary of $47,540; a three percent pay rate for state employees; $35 million reoccurring for HBCUs?”

To Newton, not having the support of his entire base meant, “I went to war with half of my voters unable to support me.”

But he is still clear about his policies and firm in his commitment to the community. “As I said in my concession speech, I’m not saying goodbye; I’m saying I’ll see you later.”

He also admitted that “there are a lot of people right now coming up to me, pressuring me about running for mayor. I’ve considered it, but I have no, no comment on that right now.”

Newton added that with 50 to 70 percent of that number being Black boys and girls, he will continue to advocate for the young people being impacted by juvenile arrests until all of them can realize their full potential and not “end up in a 4×8 cage, 22 hours a day.”

With the current uptick in firearm deaths in St. Pete again in the media, Newton spoke to his past efforts to stem the number of guns on the streets.  These included a gun buy-back program and stronger measures for people leaving their car unlocked and running – neither of which were supported by Police Chief Holloway or Sheriff Gualtieri.

“One of my first bills in the legislature was to make it a secondary misdemeanor for individuals that leave their cars unlocked or running with the keys in them unattended; right now, it is a ticketable offense,” he noted.

Newton said that during his tenure as Representative for District 70, covering areas of Hillsborough, Manatee, Sarasota and Pinellas, he discovered there were 1,900 auto thefts in the district; 1,200 of them met the criteria of being left unlocked and or running with the keys in them.

He said that his bill was looking to impact those numbers – and 825 of those numbers were in St. Pete proper. “At the time I interviewed Chief Holloway about my bill, and he said he couldn’t support it because it would be ‘making a criminal out of the victim.'”

And while the ticketable offense law is on the books, the department only ticketed five of them. This meant, for most, “there was no deterrent not to leave your keys in the car or leave it running,” stated Newton. “The reason I was trying to change it from being a ticketable offense to a secondary misdemeanor was because that is the charge if you leave a firearm out, and a minor child gets access to it.”

Newton said that even if only 100 of the 825 stolen cars left unlocked and or running with the keys in them had guns in them, more of a deterrent could keep that many more guns off the streets and out of the hands of youth.

Newton added that what makes it worse for people in neighborhoods where car theft is high means their insurance “goes through the roof.”

As “a student of reverse engineering,” Newton believes that making it a ticketable offense would possibly cut those 825 auto thefts in half, as well as decreasing the number of guns on the street by that amount – and ultimately the number of children with access to firearms.

But there was no “appetite” to support Newton’s legislation to try to draw attention to the plight of stolen cars or the safety issues involved. “No one wants to do that. And I got labeled as a bad guy,” recalling how people bristled at the idea of being arrested for leaving their keys in the car.

Newton said that since both Chief Holloway and Sheriff Gualtieri were against his proposals, enforcing that ticketable offense law should be a priority.

Ultimately, Newton is grateful for the support he’s received from the community and has every intention to continue his work.

On a lighter note, he said he and his wife will be preparing for their annual outdoor “community appreciation” barbecue on Jan. 2 — and while there might be some changes due to COVID-19, he affirmed, “It’s something we’ve been doing every year, so we’re going to continue to do it.” 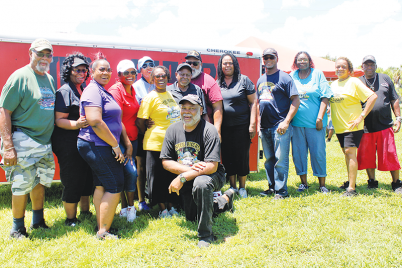 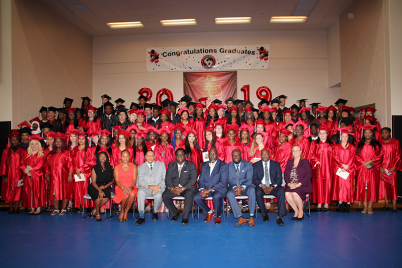 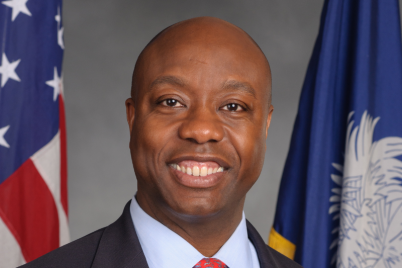