The is a familiar text of a woman who had been hemorrhaging for 2 years. Her situation is a reminder of our circumstances.  She had been losing blood, was losing hope and perhaps losing patience.  This is where some of us are.  She had gone far and wide with an expectation that physicians might be able to rid her of her problem.  The story tells us that she does not get better instead go worse. She’s worried as to whether she’ll get better, ever return to her normal routine, her future, etc. While this woman had an issue of blood we also struggle with issues.

The issue on most of our minds is whether the COVID crisis will lessen, go away and all the issue that come with this virus. The text presents a woman with an issue and crisis that has robbed her of normalcy. Like the woman in the text, we had hoped that with following the protocols issued for dealing with COVID19 that things would be better but instead things have grown worse. Our state is leading in the uptick of cases and is one of the highest for cases in the state. Things are not getting better but are getting worse.

Pastor Brown used this text to ask how the state of the woman matches and mirrors our lives as we battle our issues, and the issues aren’t leaving us better but bring us to a place where we are worse and presented some things in the text that the woman did and if they worked for her they may help us. First, from verse 26, she Humbled Down Frequently. The woman did not consult with just one physician or two physicians but many. It suggests that she continued to humble herself down and seek outside help.

An act of humility is when we are willing to recognize that there are things that will happen in our lives that are out of our control but while it may be out of our control there is someone in our community, or neighborhood who can help us, hope us and even heal us. The problem in accessing help with some of us is that we don’t want people in our business. As see in the text everybody couldn’t help her and not everyone can help us.

While earthly men and women try to help there is a doctor that specializes, who can give to us what we are in need of and that’s Dr. Jesus. This woman stayed open to being humble frequently. She heard about Jesus and decided to try him. Things won’t be healed if you don’t seek help. But before we seek outside help, we should seek upside help, which is go to God and allow him to reveal who might be able to help our condition. God will provide if we stay open and attuned to him.

The second point from verse 27, Hear and Heed the Facts. The woman heard of Jesus, then heeded the facts by coming into the press of the people around Jesus. She was determined to get to him for healing. Unlike the woman in the text, we’ve heard the facts but aren’t heeding them and are ignoring the science in our current COVID crises because we want it our way. Weaknesses, worries and wickedness cannot be removed without a word and some work.  This woman was all of these things in her life but when she heard about Jesus, she realized she needed a word, and that word was Jesus. She knew getting to Jesus would cost her some effort in her weak and worried condition, so she expended a great deal of effort to get to him. She knew that she didn’t need to have a face-to-face conversation, all she needed was just to touch his clothes and she would be whole.

The last point, Hold On to Your Faith from verse 28 – 34. The women in the text believed that Jesus would provide her healing and when she touched his clothes and was immediately healed. She touched him in the middle of a crowd, but Jesus knew that he’d been touched by a hand of faith as he felt virtue leave him and asked who touched him. The woman made confession, fell at the feet of Jesus, and told him her story. Jesus declared unto to her that her faith had made her whole, to go in peace and be whole of her plague. Faith is acting on what you believe, the other side of faith is owning the faith you have when others asked how we got healed. This woman owned her faith, even though she had touched Jesus in her unclean sate which could have cost her life. Let us use the story of the woman in our battle that we too may be helped.

We are back in the sanctuary and invite you to join us. Each Sunday’s message is also live-streamed on YouTube @ St Mark MBC at 10:20 for Sunday School, worship service at 10:45 a.m. each Sunday with bible study on Wednesdays @ 7:00 p.m.

BY REV. DORAL PULLEY Scripture Reference – Luke 8:51 People do a lot of social… 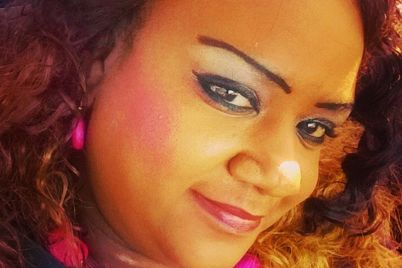 The favor of God

BY PASTOR KISHA JORDAN According to the word of God, we are God’s children and heirs of…

Do you have a Prayer Partner?