Lavender began by asking Davis to discuss how and when he decided to dedicate his life to improving the educational outcomes for Black children and other disadvantaged children in Pinellas.

“More than 30 years ago, there was a moment where I had to try to determine where I was going to invest my time, resources, and energy,” Davis replied.

He wanted to “lend a voice” to those who were fighting to be heard, and assure those with power in education and economic development “heard those voices, and considered them in terms of what policies, strategies and initiatives were implemented.”

In 2010, COQEBS was appointed to monitor and enforce how the Pinellas County School (PCS) district is doing in providing equitable, quality education for Black students, long after separate, early cases were brought against the PCS system in 1964 and 1971.

Since that time, COQEBS and the NAACP Legal Defense fund have had to return to court to reopen cases against the system. In 2018, COQEBS and the district released a 10-year “Bridging the Gap” plan to close the achievement gap by 2027.

“We embarked on this many years ago — long before Coronavirus — to monitor the district’s implementation of that settlement agreement to make sure that they comply,” Davis noted.

While he realizes that COVID-19 is forcing institutions, from pre-K through high school, to change tactics, he doesn’t want the issue of inequity to get lost.

“I’m constantly reminding everyone that this issue needs to be addressed within the context of how we train and educate and prepare our most valuable commodity — our children,” Davis asserted.

Delquanda Turner Smith brings many years working with the Juvenile Welfare Board and serving as a Take Stock in Children Mentor to her role as a member of COQEBS and their School Readiness Committee.

“Children are our future; they are everything. They will be taking care of us, nurturing us,” Turner Smith remarked in response to Lavender’s question on the importance of the work COQEBS does. She noted that is vital that parents “train up a child the way they should go, so they will not depart from it” – which refers to the importance of primary caretakers’ input.

Turner Smith said her lifelong passion for working on behalf of parents and children includes years working with the PTA and the valuable lessons she learned working as a tutor and gaining insight from other community partners.

“It’s very important that the children know why we’re doing what we’re doing, and to bring them along and make sure their voices are heard,” she offered.

She joined COQEBS School Readiness community to help address the factors that will get young children ready for kindergarten, including looking at policies and grades and reaching out to various childcare centers to find out what their needs are.

She also noted that COQEBS has been instrumental in supporting the Baby Talk initiative, which, in its 10th year, addresses the 30-million-word gap between Black and white children, particularly under the age of five.

Davis noted that recent research indicates that African American and Latino communities and disadvantaged communities begin to lose ground as early as age one.

“That’s what this achievement gap is all about; it suggests that Pre-K education is critical, because the longer that child goes on the educational development continuum, if we don’t do something, early,  they fall behind.”

Davis said he’s now advocating that all funding partners from JWB to the Early Learning Coalition begin to direct their resources to children between birth and age three. Additionally, he said that any reaction plans to COVID-19 must not forget the struggle to close the achievement gap.

“We’ve been dealing with this issue long before COVID-19,” he asserted. “Please do not sacrifice that [work] in the name of COVID-19.”

Davis noted that he didn’t want to see that the children they’ve been trying to help have fallen further behind a year from now.

“That, to me, would be a disappointment.” 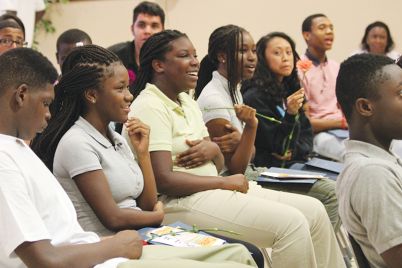 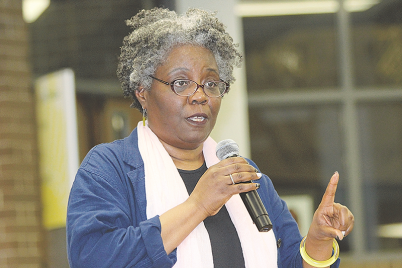 The mis-education of black children 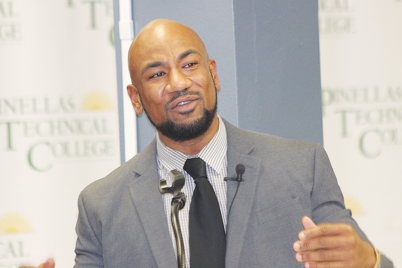 Who will represent your child?