Ten years after the Civil War ended in 1865, Northern support for the civil rights of Black people in the South was declining. Many people who had supported the civil rights of Black people through the egalitarian policies of Reconstruction were beginning to disappear.  Northerners complained of “being tired” of supporting Black Americans in their quest for equality.

For four years, the United States fought a highly destructive Civil War, resulting in the estimated deaths of 750,000 people. There had been fights in Congress to enact a series of laws after the Civil War to protect the newly emancipated rights, including President Ulysses Grant’s deployment of Union troops throughout the South for their protection.

This resulted in the short-lived but highly productive Reconstruction Era (1865-1877). President Grant was unrelenting in his efforts to ensure the previously enslaved their civil rights, especially the right to vote.  Reconstruction required the heavy hand of federal protection.

Grant understood as much as anyone that the right to vote would be the saving grace for Black people in a democracy and was unrelenting in his quest to protect the vote for Black Americans.  He sent federal troops to the South to ensure compliance.  The concept was called “Radical Reconstruction.”

In 1867, Congress passed the “Reconstruction Acts.”  As early as 1873, a series of Supreme Court decisions limited the scope of Reconstruction-era laws and federal support for the so-called Reconstruction Amendments and the Civil Rights Act of 1867.

The United States Supreme Court did not rule upon the Constitutionality of the Reconstruction Acts themselves but gradually acceded to the disablement of them due largely to the lack of enforcement of both these acts and the Civil War Amendments: 13th, 14th, and 15th.

For instance, in 1873, the Supreme Court held, among other things, “…the (14th) Amendment protected privileges and immunities of persons as citizens of the United States but not as citizens of states.”

After losing the war over the institution of slavery, angry southern whites resorted to intimidation and violence to keep Blacks from voting. This was an effort to restore white supremacy.

The lack of support from the judiciary, and other factors such as the inability of Grant to run for re-election in 1876 because of cancer, led to the “Compromise of 1877,” considered by most historians to be the date Reconstruction ended and open, governmental support of racial oppression began again.

There were accusations of corruption within Grant’s administration, and economic depression led to discontent within the Republican Party, which had been in the White House since 1861.  As the 1876 presidential election approached, Grant declined to seek a third term.

The Democrats chose Governor Samuel B. Tilden of New York as their candidate, while the Republicans nominated Rutherford B. Hayes, governor of Ohio.  In his acceptance of the nomination, however, Hayes wrote that if elected, he would bring “the blessings of honest and capable local self-government” to the South. Hayes clearly favored an end to Reconstruction and the restoration of white supremacy.

Journalist Casey Michel wrote in a recent article for Politico that during Reconstruction, white supremacists worked to undo any victories the Union gained during the Civil War and the civil rights gains made thereafter.

He wrote: “Racial equality, civil rights protections, basic recognition of democratic outcomes — all were targets of rampaging white terrorists, using violence to launch themselves to power once more.”

The 1876 presidential election was extremely contentious. On Election Day, the Democrats won Connecticut, Indiana, New York and New Jersey.  Tilden had 184 of the 185 electoral votes needed and led the popular vote by 250,000. Hayes had 165 electoral votes, with 20 electoral votes hotly contested.

The issue of who should have been awarded those 20 votes is disputed to this day.  The Republicans accused the Democrats of intimidating Black voters to prevent them from voting in Florida, Louisiana and South Carolina. There was much bloodshed in South Carolina between Black militia and armed whites.  The entire process was acrimonious and violent, with little to no trust on either side.

The outcome of Reconstruction and Black progress hung in the balance.  The question of which candidate actually won the election was entirely in doubt. Three states, South Carolina, Florida, and Louisiana, submitted two sets of election returns with different results. Oregon’s Democratic governor replaced a Republican elector with a Democrat and threw Hayes’ victory in that state into question.

In exchange for the Democrats’ agreement to Hayes’ election, the Republicans agreed to withdraw federal troops from the South, ending Reconstruction. After the withdrawal, the period of racial terror lynchings, the re-introduction and enforcement of Jim Crow laws, and institutionalized racial segregation continued in earnest throughout the South.

White supremacy increased the violent and bloody process of public lynchings that lasted until at least 1957 when the United States Supreme Court ruled In Brown vs Board of Education in Topeka, Kansas, that racial segregation in public schools was unconstitutional.

The Equal Justice Initiative has counted more than 6,200 racial terror lynchings during this period. At least four occurred here in Pinellas County.

This was the era of American apartheid, which lasted nearly 80 years.  It followed enslavement, the Civil War and Reconstruction. This period was probably the most racially segregated period in American History.

Almost all interaction between the races was forbidden, and whites brutally enforced this separation by legally enacted laws and terror campaigns, particularly in the South. This resulted in the institutionalism of white supremacy, mass incarceration of Black men, racial separation in American jobs, schools, sports, marriage, housing and every other aspect of American life that bled into the entire country.

Not until the 1960s did this violent racial suppression come to a temporary end.  How ironic, after President Obama’s two terms in office, in 2016, anti-Black racism has begun to rise again, resulting in the tumultuous and disputed election of 2020. 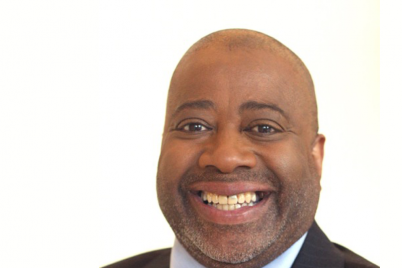 Do we perpetuate black stereotypes?

BY RAYNARD JACKSON, NNPA Columnist Many African Americans feel like there has been an… 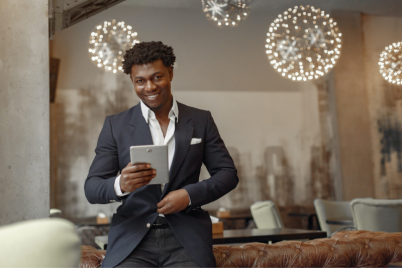