The ACLU opened up applications for their annual Partners in Freedom Fund Grant, which is eligible to Black and Brown-led organizations focused on social justice and police reform.

ST. PETERSBURG — This week, the ACLU opened up applications for their annual Partners in Freedom Fund Grant. Black and Brown-led organizations focused on social justice, and police reform could receive up to $4,000 in grant funding. Interested groups have until Sept. 30 to apply for the grant.

This is the second year the ACLU has offered this grant, noting that the work is far from over when it comes to racial justice and police reform, especially in Florida.

“The longstanding problems of over-policing in Black and Brown communities, lack of trust in law enforcement, and the need for greater transparency and accountability are just some of the present issues still observed in Florida. We want to invest in the work being done to require more transparency and police accountability.”

Though police brutality against Black and Brown communities is a longstanding and vital issue, Hamilton-Henry said that last year’s racial reckoning after George Floyd’s murder made clear the need for the ACLU to provide long-term support to organizations fighting the issues at hand.

“Last summer’s historic protests demanding racial justice following the murder of George Floyd brought the issue to the forefront of national debate,” she shared. “We want to make sure it remains that way, so we have extended this opportunity to invest in the organizations leading the work for reform at the local level in Florida.”

Ten grants will be given to Florida-based organizations. Strong candidates for the Partners in Freedom Fund Grant are organizations currently working with local Black and Brown community partners and leaders and impacted individuals to address police accountability.

Eligibility: Organizations that are Black or Brown-led working on issues of social justice and police reform

It’s time for white people to stop talking and start listening: The lesson I’m learning from the Charleston shooting

By: Chelsea Stone This is an article about race. I don’t explicitly write about… 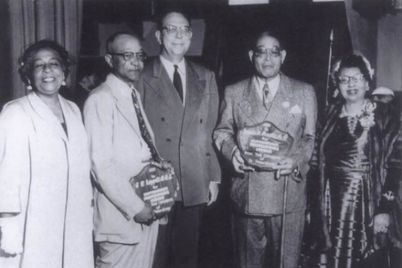