As the Delta variant surges in throughout Florida, Gov. Ron DeSantis is focused on battling President Biden.

Hey Gov., how much money have you raked in by selling those “Don’t Fauci My Florida” beer koozies on your official website?

Does it make you feel virtuous to smear the name of the most respected immunologist in the country just to add a few bucks to your coffers?

Do you think this shining example of fundraising is a model for future rising star politicians?

By blocking schools in our state from instituting mask mandates for children too young to get vaccinated, can you honestly say you are doing whatever you can as governor to maintain a safe environment for children amid a deadly pandemic and the rise of the Delta variant?

Are you willing to make the rounds in one of the many overfull pediatric intensive care units in Florida and visit the kids who are intubated and struggling to breathe?

Are you prepared to stick around and watch some of these children taken off the ventilators and transferred to the morgue?

If you do witness any of this death and devastation firsthand, can you say to yourself — and to the grieving parents of kids who succumbed to COVID — that you truly did everything in your power to prevent it from happening?

Or will you fall back on what you’ve been repeating so often for the past year and a half that this virus doesn’t really affect children?

As school officials went against your executive order and decided to implement mask mandates in their school districts to keep children safe, how many sympathy points did you think you’d score with the populace when you angrily threatened to withhold their salaries?

When you threatened that, did you secretly know it was all bluster, and you never had the authority to withhold their salaries anyway, or did someone in your administration have to break that to you quietly?

How stupid did you feel when you had to back down from that toothless bullying tactic publicly?

Don’t you think it’s time to stop pointing to the Texas-Mexico border and say those migrants are the cause of our COVID problems here in Florida?

Do you think it’s high time to acknowledge that because too many Floridians are either turning down the vaccines or refusing to mask up that we find ourselves in this mess?

Do you even know that the mess I’m referring to is the fact that there is so much COVID viral load in the Sunshine State right now that if we were a country, we’d be in the top two hotspots in the entire world?

Do you still stick to your guns and shrug off this drastic spike in cases, hospitalizations, and ultimately deaths as a mere “seasonal surge?”

When you so cavalierly say, “These waves are something you just have to deal with,” do you realize how uncaring and cold you sound as Florida is now averaging the highest number of COVID-related deaths per day?

Don’t you think private companies like cruise lines have the right to call their own shots and implement vaccine passports so they can protect their crew and passengers — and the people on all ports of call –from the virus?

Do you believe it’s copacetic that unvaccinated, unmasked passengers spew virus everywhere on ship and land, so long as their “freedoms” remain intact?

Do you believe using the flash word “freedom” often enough will con people into thinking that vaccine/mask debates are about people’s personal liberties being encroached and not at all about their health and safety being threatened?

Were you really unaware that the federal government recently sent ventilators to Florida to help with the influx of patients who have contracted the Delta variant?

Does this mean that state officials are going behind your back to request these ventilators?

Or are they simply going over your head and/or around your protests and reaching out to the federal government directly?

Or did you know all along that Florida did indeed request ventilators, but you simply didn’t want to advertise it, and when it became public knowledge, well, you just lied and played dumb?

Why do you make such a big show of being against government overreach but go out of your way to interfere with local municipalities throughout the state if they want to implement potentially life-saving mandates of their own?

Do you believe making decisions that are blatantly anti-public health and anti-common sense will win you enough support from a relatively small, conservative base, which will, in turn, lead to a presidential nomination?

Do you have your sights so locked in on a run at the White House in 2024 that you can’t look three yards around you and see the genuine state of emergency we’re in here and now?

Are you privy to the fact that your “hands-off” approach when it comes to dealing with this pandemic can no longer be an option?

And finally, Gov. DeSantis, I’d like to paraphrase the President of the United States and ask one last question: If you aren’t going to help, will you please, for the love of God, get out of the %#@! way? 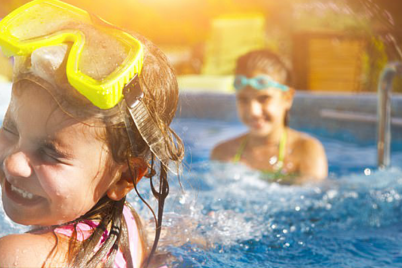 What is DRY drowning? How to spot if your child inhaled water while swimming – and whether it is fatal

By CHEYENNE ROUNDTREE FOR DAILYMAIL.COM Although exceedingly rare, two cases of dry…

15 Everyday Habits That Cause Inflammation In Your Body

By Carolyn Steber, Bustle I’m sure you’ve heard all about inflammation, and…

One Reply to “28 questions for Gov. Ron DeSantis”