Although living conditions in the complex had deteriorated by the time the city broke ground for Tropicana Field in 1988, the impact of Laurel Park’s demolition was socially and economically devasting. Photo courtesy of Tampa Bay Times

ST. PETERSBURG — When construction began on the Florida Suncoast Dome, now known as Tropicana Field or the Trop, hundreds of African-American families were displaced. Sadly, this included the Laurel Park neighborhood residents, a public housing complex built in the 1940s. The residents who called Laurel Park home were forced to relocate to make way for stadium parking lots.

Originally known as the Royal Court Apartments, the complex was acquired by the St. Petersburg Housing Authority in 1966 and soon after renamed Laurel Park. In conjunction with Jordan Park, it served as a viable housing option when segregation laws dictated where African Americans could, or more precisely, could not live.

The complex consisted of 168 two-bedroom apartments. Although living conditions in the complex had deteriorated by the time the city broke ground for Tropicana Field in 1988, the impact of Laurel Park’s demolition was socially and economically devasting. Not only were residents forced to leave their homes, the jobs and affordable housing promised to the Black community never materialized.

“It was like family to me,” said Kim Brown-Williams, a former resident of the Laurel Park neighborhood. “I knew all of my neighbors and was allowed to go to the park and corner store without fear. From the view of a 6-year-old, my life was great!”

Now former residents and direct descendants of former residents have a unique opportunity to talk about the history of these neighborhoods and tell their stories. Voices Heard, Voices Matter (VHVM) of the Bloomberg Harvard group has partnered with the African American Heritage Association, Foundation for a Healthy St. Petersburg, and the Institute on Black Life at the University of South Florida to organize a reunion of the Laurel Park and Gas Plant neighborhoods.

Like Laurel Park, the Gas Plant neighborhood was demolished to make way for Tropicana Field. The result was upheaval and displacement for hundreds of working-class families in the African- American community who were forced to leave their homes.

For Ms. Brown-Williams and those who grew up and lived in the neighborhood, the reunion is an opportunity “to reconnect with childhood friends and reminisce about those who have passed on.’

Scheduled for Dec. 12, the reunion will celebrate the rich history of these two Black neighborhoods. It will take place as the current Mayor Rick Kriseman prepares to leave office and the city transitions to Mayor-Elect Ken Welch’s incoming administration.

“Affordable, well-built housing,” Brown-Williams continued when asked about what she believed the main focus of the redevelopment plan needs to be, “with a mix of social services and entertainment spaces.”

Reunion activities are scheduled for Dec. 12, from noon until 3 p.m. Participants will have the option to attend in person or virtually via Zoom and Facebook.

Onsite activities will take place at Tropicana Field in Parking Lot 4, including entertainment, food (served onsite and delivered to virtual attendees), resident sharing of memories and photographs, mural painting for elementary school students, and an essay contest with monetary awards for middle and high school students.

Those who wish to attend can register at bit.ly/GasPlantReunion or call 727-371-6153 for more information. The registration deadline is Nov. 30. There is no cost to attend the reunion. 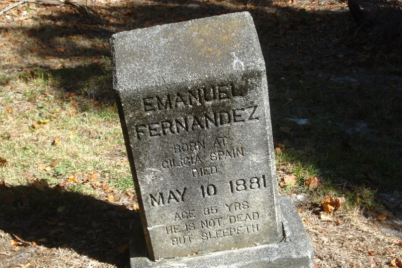 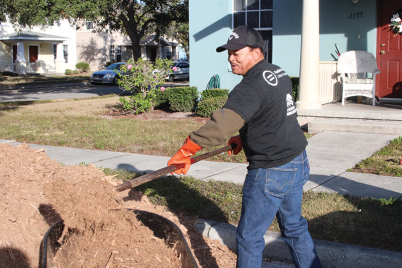