ST. PETERSBURG — For more than a quarter of a century, the Gibbs Gladiator Alumni Association has been celebrating extraordinary athletes and inducting them into the Gladiator Hall of Fame. This year’s induction ceremony took place last Friday, Jan. 26 in the Gibbs High School cafeteria where 13 outstanding athletes were honored for their football, basketball, baseball and coaching skills. 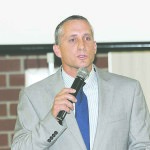 Gibbs Athletic Director Michael Machado acted as Master of Ceremony for the evening, expressing his thoughts on the whole process.

“What I learned this year about putting this whole thing together is that the people tonight that are being honored…every single one up here on stage is a great person,” said Machado, noting that the Gibbs alumns all went on to accomplish great things after graduation. 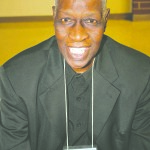 Minson Rubin ensures
that the Gladiator
Hall of Fame
ceremony happens
each year.

He along with many of the honorees thanked Minson Rubin and the alumni association for their tireless efforts every year ensuring the Gladiator Hall of Fame ceremony is realized.

Those Gibbs alumni who excelled in sports and have yet to be inducted, you must remember that there are 90 years of Gibbs history and hundreds of students. Your time will come. 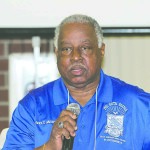 Inducted for being a star on the football field, after graduation, he attended Florida A&M and received a degree in physical education. He went on to coached football and baseball at a few high schools all over Florida. Williams is now 92 years old and lives in Orlando. Unable to make the ceremony, his friend and fellow Hall of Famer Thomas “Jet” Jackson accepted his award.

“He was a dedicated hard worker and a very sincere coach,” said Jackson. “When he left Gibbs, this is what he took with him: dignity, encouragement and an ability to perform.” 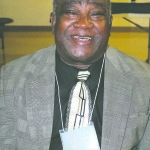 Honored for his prowess on the football field, his career after graduation is quite storied.  He joined the army in 1974 and was a part of the 82nd Airborne and the Special Forces. Lawson worked in Washington, D.C., and back home for the St. Petersburg Times, but what is most impressive is that he and his wife were foster parents for more than 20 years.

“Black youths are in trouble and it starts at home,” said Lawson, who revealed that they continue to work with youths today. 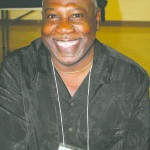 Honored for both football and basketball, Mitchell was the team’s leading scorer during his senior year of high school. He received a full scholarship to Howard University where he continued to shine both on and off the field.

During his career, he worked as an architect and coached youth football and baseball.

“I’m so appreciative of this award,” Mitchell said. He explained that schools were already desegregated by the time he attended Gibbs, so he’s always considered “going to Gibbs was a privilege and an honor.” 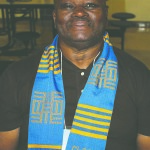 Inducted for being a quarterback stud, Odom won MVP, All-County and All-City. He retired after 30 years with the Department of Children and Family and was the president of a youth football league for 36 years.

When he received the call from the Hall of Fame committee, he wondered what he did to deserve such an honor. Odom revealed that God told him it was because of his dedication.

“The long hours that I practiced alone in the off-season so that I could represent this great school as the first place player, leader and student that I could be,” he said.

Odom said he loved school and was never once reprimanded, suspended and could literally count the days he missed.

“I speak of my dedication not to brag on myself but as a testimony to why I stand here being honored and I hope that I can inspire someone else, not just in sports but to go beyond and above to be the best that you can be.” 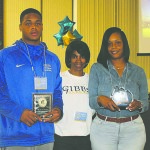 Honored for his abilities on the football field, Davis was All-City as both a junior and a senior. He received a full scholarship to Howard University where he was a defensive end all four years and voted team captain as a senior. He went on to have a long career in mental health.

Unfortunately, Davis passed away Jan. 10, but not before knowing that he would be inducted into the Hall of Fame.

His daughter Nysisha Davis and grandson David Pierce were on hand to accept his award. Ecstatic about being nominated, his daughter revealed that one of the last things he said before surgery on Jan. 2 was: “Doc, I need to be out of the hospital by Jan. 26 because I’m getting inducted into the Hall of Fame.”

“Me and my son are blessed to be here to receive this reward on his behalf and thank you all,” stated Davis. 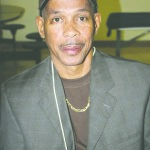 Inducted for his skills on the basketball court, Williams holds the Pinellas County Schools’ second-highest scoring record and still hold Gibbs highest scoring point record when he scored 51 points against Dunedin during his senior year.

“It’s been a long road and trying times but still I made it thanks to my Lord and Savior Jesus Christ. The wonderful Coach Freddie Dyles…none of this would have happened,” Williams averred. 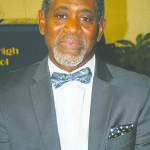 Honored for his time on the gridiron, Warren was team caption during his senior year and earned All-State status. He attended Howard University on a full scholarship.

Warren said he never had a practice at Howard as hard as the ones at Gibbs. He said his coaches “instilled things in us and taught us to be men.”

He’s a member of Mt. Moriah where he is a deacon and drummer for the church choir and gospel ministry. 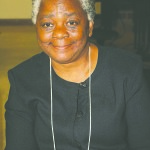 Tina Roberts accepted the award for her brother Algene Roberts.

Honored for his skills on the basketball court, he led the Gladiators to the state championship. In 1972, he joined the navy and served as a radioman for eight years, earning Top Secret clearance. He worked as an architect, teacher, youth counselor and peace officer.

His sister, Tina Roberts, accepted his award, thanking the committee for their help in “giving me closure for my brother.”

“This is an honor for me and an honor for my family,” said Roberts, stating that it was difficult keeping the process a secret so she could surprise her mother. 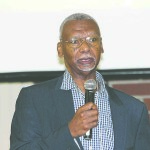 Vincent Smith and Leroy are the second father/son duo to be placed in the Hall of Fame.

Inducted for his skills on the football team, Smith also played baseball with the St. Pete Pelicans. Graduating from Gibbs in 1939, he went on to attend Ed Waters College on a scholarship and transferred to Lane College where he graduated. 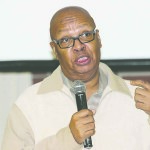 Samuel Smith accepted the award for his father Leroy Smith

Upon graduation, he got married, went into the army and fought in the Pacific Rim. Once back in St. Pete, he worked for the postal service for 40 years.

“He loved Gibbs High School and he loved playing sports. He was a sports fanatic,” said son Samuel Smith. “We just want to thank the committee for all you do to keep the Gladiator spirit alive.” 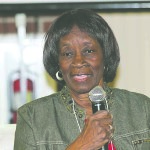 Honored for her moves on the basketball court, Leonard went to the state championship in 1956. She went on to have three children and became a nurse, earning a degree from Syracuse University.

“She had a passion for basketball,” said her little sister Penny Thornton. “She would be humbled by this award.” 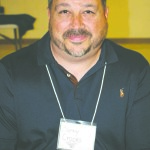 Inducted for his time on the basketball court, Crook averaged 15 points and 10 assists throughout his career at Gibbs. He earned All-County South honors as a senior and attended Greenville University. He went on to achieve success with a band called Boyz Wit Da Bass.

“Gibbs was a great place. I loved playing for Coach Dyles,” said Crook. “I was a small player but he had me thinking I could run through a wall.” 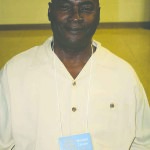 Inducted for his time on the football field, he played offense and defense, being selected First Team Pinellas County for both positions.

Cannon thanked Coaches Al Campbell and Bobby Jenkins for not only their “guidance, strategy and execution but also in teaching me the importance of teamwork in order to achieve a goal.”

It’s his hope for students attending Gibbs today to demonstrate the pride and showmanship his generation did for the school and community.

Louis B. Roe was inducted for being an outstanding coach, coaching the likes of former Buccaneer Shaun King, and Leroy Williams for his prowess on the gridiron. 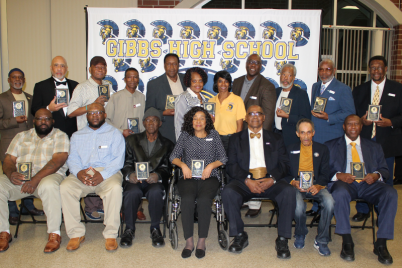 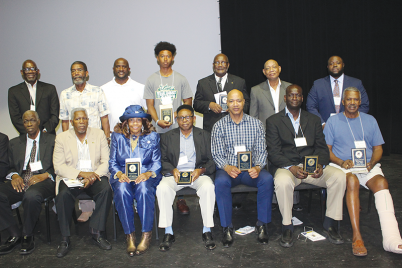 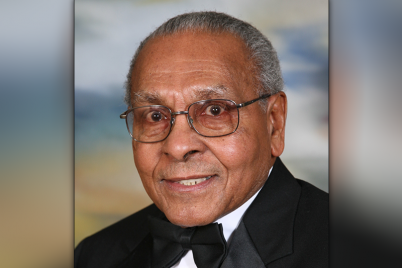