What happens when opportunities are offered for a price that you cannot afford? Many have this experience, but how often do we hear these stories?

Meet Augusta Savage, an African-American sculptor and art teacher who was born in Green Cove Springs, Fla. Savage lived between Feb. 29, 1892, and March 27, 1962. In 1934, she became the first African-American artist to be elected to the National Association of Women Painters and Sculptors. Knowing firsthand the unfairness, Savage worked for African Americans to have equal rights in the arts.

Salvage was born Augusta Christine Fells. At an early age, she knew of her love for the arts and would use natural red clay to make artwork. Her father, a minister, thought it was a sin and did not support this early display of talent.

In 1915, her family relocated to West Palm Beach. This move was especially important to Savage because her school principal encouraged her artistic abilities and allowed her to teach a clay modeling class. This opportunity led to her having a lifelong commitment to teaching and creating art.

In 1919, Savage was granted a booth at the Palm Beach County Fair, where she modeled clay and was awarded a $25 prize and ribbon for “Most Original” exhibit. Pursuing her dreams, she arrived in New York City in 1921 with only $4.60, as well as a letter of recommendation from a Palm Beach County Fair official for sculptor Solon Borglum, creator of the School of American Sculpture.

Savage, however, could not afford the school’s tuition. Borglum encouraged her to apply to Cooper Union, a scholarship-based school. She did and was admitted in Oct. of 1921. She completed a four-year degree in three years.

By 1923, Savage applied for a summer art program at the Fontainebleau School of Fine Arts. When she was denied admission into the program solely because she was black, she was distraught and questioned the international judging committee.

This would not be the only time she would have public fights for equal rights. The international press followed this story, and sculptor Hermon Atkins MacNeil invited her to study with him. Note, he was the only committee member who supported her application.

After Savage graduated from Cooper Union, she worked as a steam laundress to support herself and her family. During this time, she obtained her first commission for a bust of W. E. B. Dubois for the Harlem Library. More commissions followed.

In 1925, Savage won a scholarship to the Royal Academy of Fine Arts but she was unable to attend because she did not have enough money to cover travel and living expenses. In 1929, she was able to travel to France as a result of donations and a grant.

The African-American community became aware of Savage’s talents and struggles. It believed in her and began to host fundraising parties in Harlem and Greenwich Village. Likewise, African-American women’s groups and teachers from Florida A&M University also Savage her money so that she could study abroad.

Aside a result of this outpouring of community support, in 1929 Savage was able to attend the Académie de la Grande Chaudière, a leading Paris art school. In Paris, she exhibited and won awards and toured France, Belgium, and Germany, researching sculpture in cathedrals and museums.

In 1931, she returned to the United States energized from her studies and achievements. She started the Savage Studio of Arts and Crafts and offered it anyone who wanted to paint, draw, or sculpt. Some artists who were her students became nationally known. Even though she continued to face financial struggles and discrimination, she maintained her stance to provide opportunities to those wanting to be artists.

Savage created a 16-foot-tall plaster sculpture called “Lift Every Voice And Sing,” which was inspired by the poem and song. It was incredibly popular. Again, she did not have funds to have it cast in bronze or to move and store it. As a result, the sculpture was destroyed.

Understandably, Savage became deeply depressed by her financial struggles. Her love and talent for the arts is undeniable, and she sacrificed much in remaining true to it. One of her most famous busts is titled “Gamin.” It is on permanent display at the Smithsonian American Art Museum in Washington, D.C.

In the 1940s, Savage moved to a farmhouse in Saugerties, NY, and became employed as a laboratory assistant at the K-B Products Corporation’s cancer research facility. In paying her sculpted price, she left a legacy.

What if we all were financially able to develop our talents and gift them to the world? What would our lives look like? 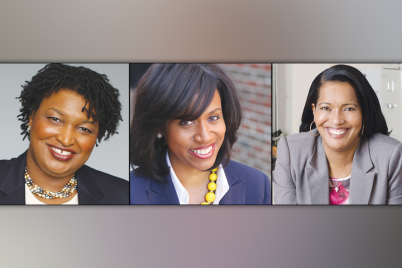 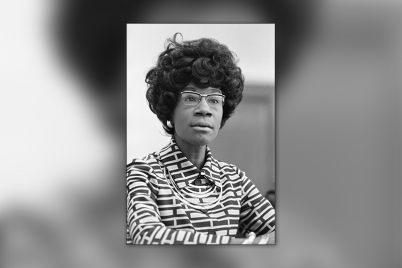 Shirley Chisolm BY KEISHA BELL, Esq. Have you ever been “the only one” in a… 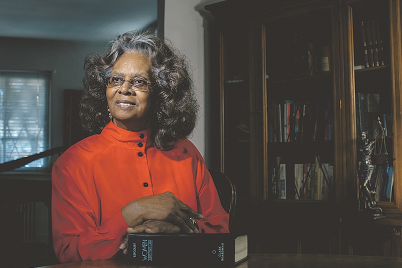