ST. PETERSBURG — The recent press release by Mayor Rick Kriseman regarding the impending development at the site of the old police complex is good news on two fronts.

It announced the mixed-use complex slated for the site and the upcoming monument for the Courageous Twelve, a group of African-American police officers responsible for the full integration of the St. Petersburg Police Department. Their lawsuit changed the face of law enforcement in St. Pete, the Tampa Bay area, the State of Florida and the nation.

Mayor Kriseman and the Edge Central Development group are to be commended for their collaboration on the project and the Courageous Twelve Monument. Recognizing the monument commemorating the historic civil rights accomplishment of the 12 African-American officers, Mayor Kriseman stated they would be “properly honored and remembered for as long as the sun shines on our great city.”

A principal in the Edge Central Development alliance, Jay Miller, speaking on behalf of the group, reported he and his partners are excited about the project and pleased to “honor the historic crusade of the Courageous Twelve.” Miller stated they are looking forward to working with the arts community to create transformational art that informs the community.

The former police headquarters at 1300 First Ave. N is the address where the Courageous Twelve worked. It is the site of the Edge Group’s new development project and the Courageous Twelve monument — how fitting? A memorial commemorating their struggle and their ultimate victory will be erected at the site of the original injustices and pain — a brilliant move by the mayor and the Edge Central Group.

I am sure Leon Jackson, the last surviving member of the Courageous Twelve, is pleased with the announcement, and I imagine family members of the other 11 deceased members are also pleased. The mayor has found a way to honor those 12 heroes at a prominent site where the community will live, shop and conduct business.

Four officers in the City of Tampa were recently recognized for taking the Courageous Twelve blueprint and utilizing it to fully integrate the Tampa Police Department. I am sure they will also be honored with a monument sometime in the future. All four officers are currently living, and I pray their recognition will come soon.

One of the byproducts of the Black Lives Matter Movement has been the removal of statues of Civil War generals and others associated with racism and discrimination.  Ironically, the Courageous Twelve waged war against racism and injustice and at a time when monuments that celebrate those who fought to preserve these wrongs are being taken down. We are witness to the development of a monument to commemorate the eradication of racial injustice in American law enforcement.

St. Petersburg is justly proud of the Courageous Twelve and stands in awe of their tireless struggle to secure justice at the risk of great harm and peril. We must never forget their families and their commitment to support their loved ones in the pursuit of justice they also valued.

The soon-to-be-created and erected monument is not just a fitting tribute but a vivid reminder that we all should remain vigilant as we journey to secure liberty and justice for all.

Hats off to Mayor Kriseman and the Edge Central Development Group, and a gigantic thank you to the Courageous Twelve and their families. 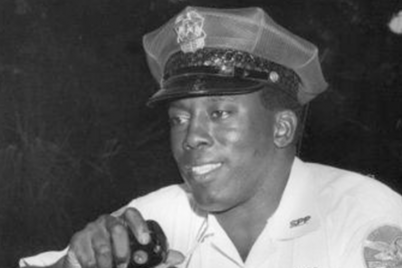