“Tonight’s election victory confirms the desire of the people of St. Petersburg for leadership that will move us forward and not backward,” said Mayor-elect Ken Welch in his victory speech Tuesday night.

ST. PETERSBURG — Under clear skies, hundreds of people packed into the Legacy Gardens of The Woodson African American Museum of Florida to watch history unfold as Ken Welch became the first African American to be elected mayor of the City of St. Petersburg.

In 2021, 118 years after the city’s incorporation, it is still a monumental feat for a Black person to lead the Sunshine City. Steeped in a history of segregation and Jim Crow laws, St. Pete is just now putting its practices under a microscope with a commissioned structural racism study.

Although the study finds inequities in nearly all facets of life in the city, the Nov. 2 election signifies that change is here.

“This is what unity looks like, and this is what progress looks like,” said Welch after taking to the stage with his wife, Donna, daughters Keonna and Kenya, and extended family.

Welch is a third-generation St. Pete resident who served on the Pinellas County Commission for 20 years. He’s lived all his life in south St. Pete and witnessed his family business and house of worship razed in the name of progress. His perspective and upbringing distinguish him from any other mayor in the city’s history.

Introducing Mayor-elect Welch was 26-year-old Kymbriell Finch, the granddaughter of Courageous 12 member Freddie Crawford. Her grandfather, along with 11 other Black men, sued the city to end racial discrimination in the St. Petersburg Police Department back in 1965. 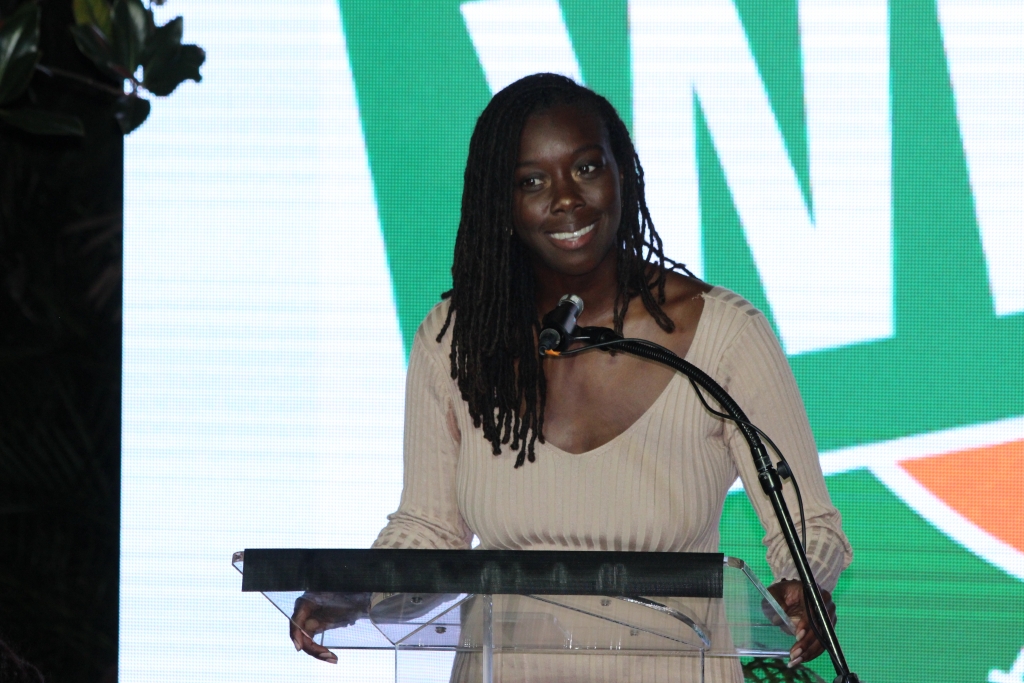 Addressing the racially diverse crowd filled with supporters of all ages, Welch said his victory confirms that the people want leadership that will move the city forward and not backward.

“The people said that progress means safe and healthy neighborhoods, where every child sees opportunity and hope. And health, education, and nutrition, disparities are addressed as priorities,” said Welch. “The people said that progress means smart growth that protects our environment, invests in our infrastructure and maintains St. Pete’s character.”

In building inclusive progress, Welch said history must be incorporated. The days of sweeping parts of the city’s ugly past are over.

“History is important because we must fully understand where we are coming from as a community to determine where we want to go and to perfect our path forward,” he explained. “And importantly, all of our work should be built upon a strong foundation of equity, inclusion, diversity, and community benefit.”

Welch said the city’s potential is only limited by its ability to connect every part of the community with access to opportunity and equitable investment.

“We can, and we will make real progress through prioritizing, resourcing partnership, and the hard work of long-term strategic decision making.”

As a city, he said, the proverbial can cannot be kicked down the road any longer on climate change, public safety, justice reform, infrastructure, poverty, and equity.

“Progress will require honest and sometimes difficult conversations, innovation, and determination. That is the path to progress in these challenging times…”

Welch thanked his family for supporting him, singling out his mother, “my queen, our matriarch,” Alletha Welch, who was sitting in the audience.

“She is the beauty and the political brains of our family. And to this day, her political instincts and advice is providential. I love you, mom.”

He went on to talk about his father, who made history being the first Black man on the St. Petersburg City Council, serving 12 years. Although David Welch died in 2013, the mayor-elect made sure he was present on this historic night.

“Thirty years ago, he ran for mayor of St. Pete. This is his button from 1991,” Welch said, pointing to his lapel. “He faced death threats. It makes the petty attacks launched on me during this campaign pale in comparison.”

Welch said his dad’s example of fatherhood, humility, and public service along with other Black trailblazers taught “me what real strength and courage look like and the value of perseverance.” He mentioned mentors Vyrle Davis, Perkins Shelton, Lonnie Donaldson, Adelle Vaughn-Jemison, Ernest Fillyau, and Winnie Foster.

Welch called attention to living legend Leon Jackson, the last remaining member of the Courageous 12. Jackson started working for the police department in 1963. 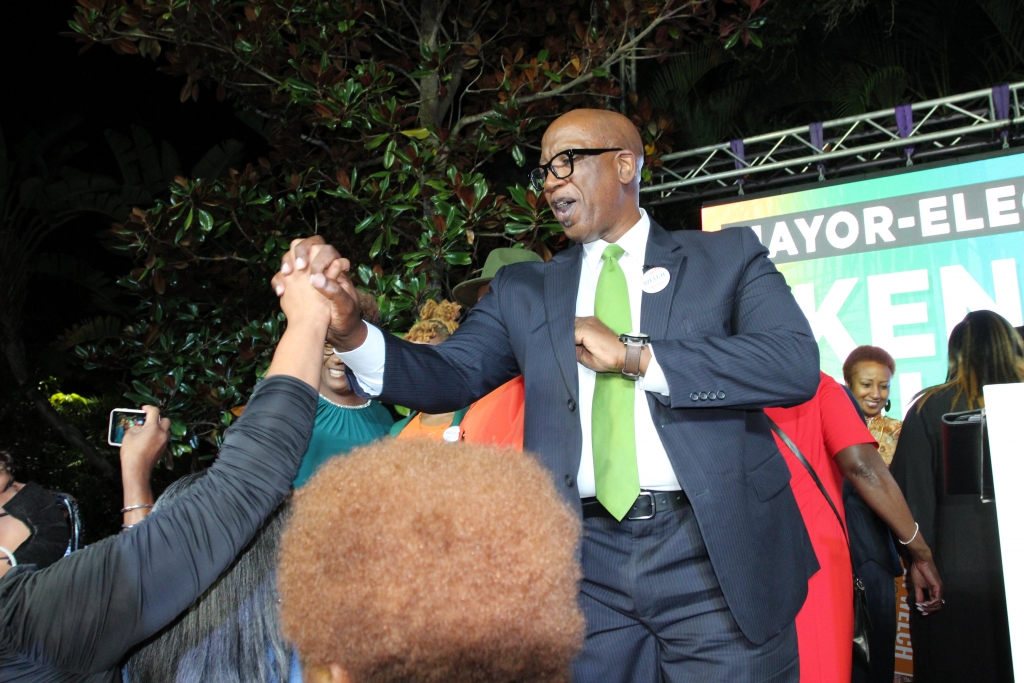 “I will need your continued support and collaboration as we get to work,” said Mayor-elect Ken Welch. “This is the start, not the end of our journey.”

Come January, Welch will take over from current Mayor Rick Kriseman, who is termed out. Kriseman endorsed Welch and released a statement Tuesday night from Glasgow, Scotland, where he is attending the U.S. Conference of Mayors’ delegation to COP26, the United Nations Climate Change Conference.

“Ken ran a positive, issues-driven campaign that emphasized the need for partnerships to propel St. Pete to the next level,” he said. “The result was a decisive and historic victory that should serve as further proof of St. Pete’s progress and upward trajectory.”

“We really are at a special moment in terms of equity initiatives in the city,” she said. “So, it is just perfect for [Welch] to be in this role and really understand the challenges for Black residents in St. Petersburg.”

Capehart said that many of the policies put in place over the last years under the Kriseman administration can be taken “to the next level.”

Terri Lipsey Scott, executive director of The Woodson Museum, expressed her gratitude to the community “for finally moving the needle toward justice for all.”

“We’re looking for the opportunity to become this Florida museum with the help of a mayor who would understand the relevance and the significance of African-American history in a way that others have not,” she said.

Rene Flowers, who took over for Ken Welch on the Pinellas County Commission last year, spoke about how momentous the Tuesday night election is.

Welch’s win, Flowers said, will allow the city “to remain on the trajectory that we are, making sure that we’re being inclusive with all nationalities and that everybody has a voice and a seat at the table.” 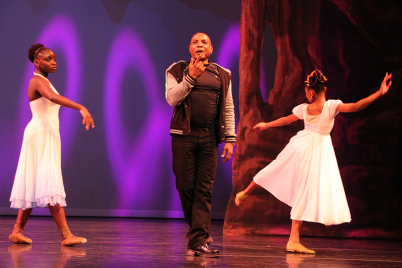 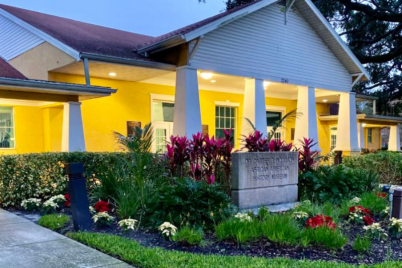 The need for Black museums

The Woodson African American Museum of Florida presents the historic voice of this St.… 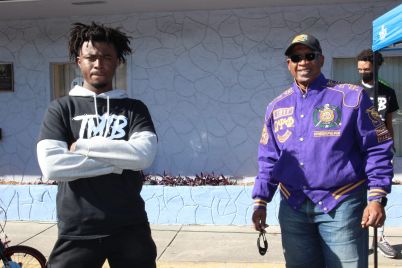