In 1966, Joe Waller, now known as Omali Yeshitela marched into City Hall along with supporters and ripped a racist mural from the wall

ST. PETERSBURG — I still vividly remember the uproar U.S. Housing Secretary Henry Cisneros caused when he visited St. Petersburg circa 2005 and proclaimed it was one of the most racist cities he knows.

City officials, businesses, and community leaders were beside themselves. Cineros’ statement damaged the brand and challenged its long-held beliefs about St. Petersburg’s progressive nature.

Black folks, by and large, were not as alarmed by Cisneros’ observations. One need only examine the history of black life in St. Pete to understand why the African-American communities were not offended by Cisneros. Law enforcement accountability, economic development, school busing, affordable housing, living-wage jobs and other quality of life issues needed considerable reform.

While some will argue things have changed, others will suggest the city is regressing for African Americans. Nowhere is the duality of this debate more pronounced than in the tale of two murals depicting the value of black Americans.

In 1966, a young man named Joe Waller marched into City Hall along with supporters and ripped a racist mural from the wall. This action was taken after Waller attempted unsuccessfully to negotiate its removal with City Manager Lynn Andrews and Mayor Herman Goldner.

Waller was arrested, tried, and found guilty in municipal court and sentenced to 180 days in county jail.  The State of Florida subsequently charged him with grand larceny, convicted him and sentenced him to six months to five years in prison with credit for the 170 days served.

These actions raised the obvious issue of double jeopardy (Waller v. Florida).  Waller prevailed in the highest court in the land, with a majority opinion written by Chief Justice Warren Burger.

Waller went on to establish JOMO (Junta Of Militant Organizations) continuing his advocacy nationally and internationally for African people and, in a naming ceremony, was anointed Omali Yeshitela by an African tribal chief.

His legal name is, in fact, Omali Yeshitela, and he leads the African People’s Socialist Party.  His commitment and tireless work is undeniable.

Recently, the city announced it was going to place a plaque on the barren wall where the mural Omali tore down hung. Chairman Yeshitela is emphatic that he does not want a plaque and reiterates his reasons for ripping the mural from the wall.

His objective then and now is to change the power relationship between the African community, city government and the white community.  During an interview, he recalled an abundance of African American-owned businesses and properties at the time of the protest compared to today.

You may recall the City of St. Petersburg’s affinity for plaques extends to the Courageous 12. A plaque on the wall of the new police station instead of the promised memorial. Even If the Chairman agreed to the plaque, city leaders refuse to use his name. And like Muhammad Ali, Omali Yeshitela carries on.

The City of St. Petersburg unveiled a “Black Life Matters Mural” on a city street, similar to D.C.’s.  However, the location of St. Pete’s mural challenges that perspective.

Washington, D. C., Mayor Bowser made a bold statement with her placement of the mural on a street leading to the White House.  A mural in St. Pete’s black community on a sparsely traveled avenue does not have the same impact.

The location does not convey a commitment to the principles of Black Lives Matters by Mayor Kriseman and council members. In fact, some believe our elected representatives are merely checking a box.

Elected officials spoke at a ceremony announcing the mural on Juneteenth, but allegedly, due to COVID-19, the public was not invited. Mayor Kriseman, other invited speakers, Senator Rouson, Commissioner Ken Welch, Congressman Charlie Crist, and the other invitees must surely be immune to the virus. Public officials, public funds, and other public employees on a public street but members of the public were not invited to participate.

Comments by the mayor, others in his administration and event organizers equate Black Lives Matter with art. This is a serious misrepresentation of a movement that focuses on the fact black lives are devalued in America, resulting in police brutality, black homicides by police officers, and systemic discriminatory policies and practices in public and private American institutions. This fact explains why many in the African-American community question the mural’s placement.

The offensive mural depicting blacks hung in city hall for all to see. Yet, the mural proclaiming the value of black life was painted on an avenue in the black community where residents clearly understand their importance and, more importantly, know others in criminal justice, city administration and the larger community may not share the same belief.

If black lives truly matter, why not proclaim it at a more visible city site (e.g., city hall, Central Avenue, Dr. MLK Jr. Street North and South). Why not proclaim it by holding police officers accountable with body cameras?  Why not proclaim it through living-wage jobs, affordable housing, and as Chairman Yeshitela said, changing the power relationship between the black community, white community and government?

Kudos to the artists for a beautiful work.  Shame on you to the decision-makers for its placement and their less than stellar commitment to the real issues that impact black lives — police body cams, education, economic development, employment, housing, health care, etc.

The Ninth Avenue mural in front of the Carter G. Woodson African American Museum risks nothing. Rather, it provides cover for disingenuous city officials, elected and appointed.  When will we, the people, stop being complicit? 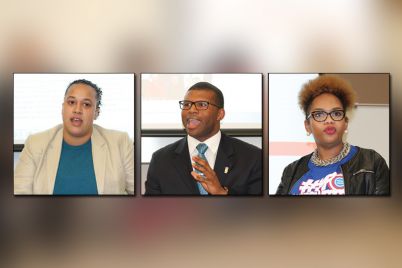 Social activism during the age of #BlackLivesMatter