“They already are brothers,” Christopher Lampley, first vice president of the local chapter, explained to the crowd. “We just have been so busy working in the community. This is the first break we’ve had to present these new brothers to the community, where they already have been working hard.”

After several weeks of studying the 105-year-old fraternity’s history, symbolism, constitution and culture, Shedrick and Bentley were made brothers of Phi Beta Sigma during a ceremony Dec. 21. The solemn and sacred induction ceremony is private, as is the case with most Greek-letter organizations, especially the historically black fraternities and sororities collectively known as the Divine Nine. Typically, a “New Members Reception” follows shortly after to publicly acknowledge the accomplishment.

He has worked for Humana for seven years and is a Medicaid prior authorization coordinator, and has one daughter.

Bentley was born and raised in St. Pete also and is a graduate of Florida Agricultural and Mechanical University (FAMU), where he earned a degree in elementary education. He is an on-site substitute at the Midtown Academy Center for Cultural Arts & Gifted Studies and an educational specialist for the City of St. Petersburg. 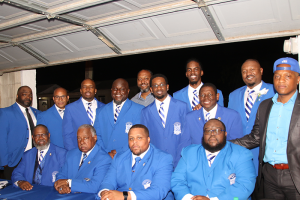 Delta Omicron Sigma is a Phi Beta Sigma chapter of college graduates carrying out the fraternity’s motto: “Culture for Service, and Service for Humanity.” The fraternity was founded Jan. 9, 1914, at Howard University in Washington, D.C., on the high ideals of brotherhood, scholarship and service. The Delta Omicron Sigma chapter was established in St. Petersburg on Nov. 14, 1963. 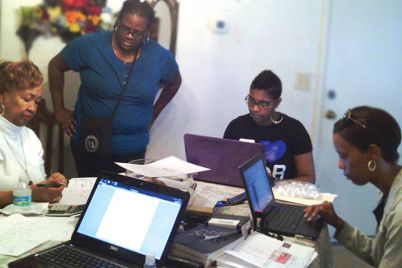