Rosewood families were a diverse crowd of prominent landowners, farmers, and businessmen before the massacre.

GAINESVILLE — The Descendants of Rosewood Foundation, Inc. will present the Remembering Rosewood Centennial commemoration from Jan. 8-14 at the University of Florida in Gainesville.

The centennial anniversary will honor the legacy of bravery, determination, and perseverance of the eight families impacted by the Rosewood Massacre of 1923, according to information provided about the weeklong commemoration.

It will honor the lives of those lost 100 years ago and explore what the next 100 years look like for Black America. 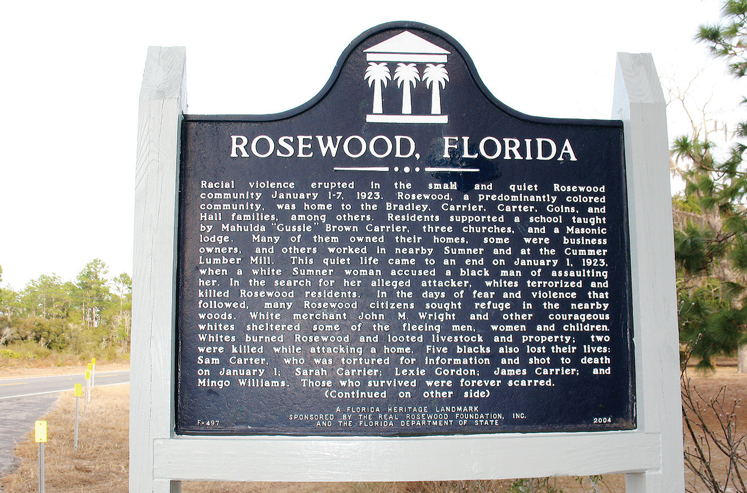 This historical marker was dedicated by Gov. Jeb Bush in May 2004. Sponsored by the state and the Real Rosewood Foundation, Inc., it is located on State Road 24 in Levy County.

The University of Florida is the host sponsor of the centennial commemoration, the title sponsor is Holland & Knight Law Firm, and the presenting sponsor is the Southern Poverty Law Center.

Events will include the Rosewood Traveling Museum opening at the University of Florida, a wreath-laying ceremony, a legacy forum and Next Gen seminars, movie screenings and appearances from some of the country’s leading scholars, activists and cultural workers.

The Rev. Dr. Jamal Bryant, pastor of New Birth Baptist Church in Atlanta, will be the guest speaker at an awards gala on Jan. 14. 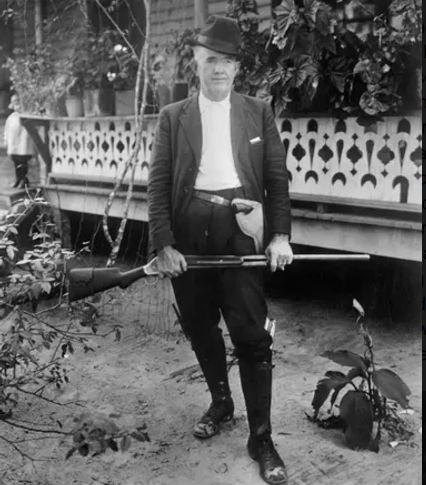 The Levy County sheriff Bob Walker, holds a shotgun allegedly used by Sylvester, a Black resident of Rosewood, to shoot and kill two deputized white men who were at his door.

A century ago in Levy County, the town of Rosewood experienced one of the most horrific events in American history.

In January 1923, a racially motivated attack decimated the predominantly African American town and devastated its residents. This massacre has been discussed and dissected for years. Despite being terrorized by those events, survivors and descendants of Rosewood got justice, becoming the first African Americans to receive reparations from a legislative body in America.

It’s estimated that as many as 200 people were killed in the massacre, but an official study in 1993 placed the death toll at eight: six Blacks and two whites.

“The future starts with honoring the lives that were taken, acknowledging the trauma that was left behind, sharing the stories of the past, and celebrating the promise of all that lies ahead,” said Gregory Doctor, the cousin of Arnett Doctor, the descendant who led the fight for the families’ historic reparations settlement.

“We look at this event as a launch pad for progress and are honored to lead the charge in shaping what the next 100 years looks like for our country,’’ Doctor added.

Eight families with direct descendants remain to tell the stories of resilience and fortitude that defined the town of Rosewood: the Bradleys, the Carriers, the Colemans, the Edwards, the Evans, the Goins, the Halls, and the Robinsons families.

For the full lineup of events and history of the massacre, visit rememberingrosewood.com.

This story originally appeared in the Florida Courier. 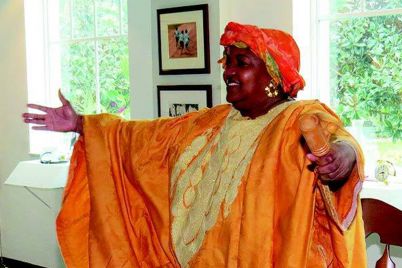 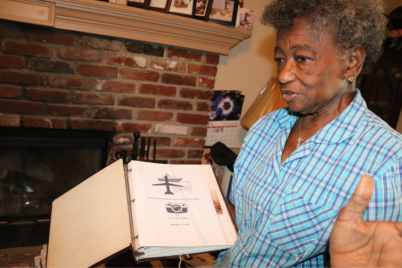 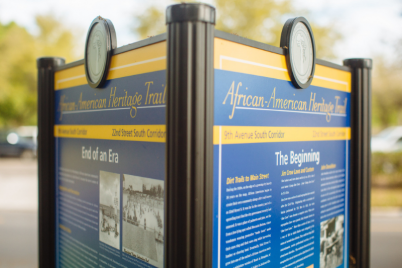 Thanks to a nearly $60,000 grant from the Foundation for a Healthy St. Petersburg and a…