Hendrick, who succeeded Dr. Michael Grego, explained that they must identify each student’s academic and social needs, then work to meet those needs.

“It’s critical for us to look at every student, what their needs are, and how do we serve them,” he said.

A product of the Pinellas public school system and former educator and principal, Hendrick has served as the district’s associate superintendent for teaching and learning for the last five years.

“Whether that need is small group instruction, a club, athletics, contact with parents, involving the community — whatever it is, that’s our job,” he said.

Hendrick stressed that research shows that a high-performing teacher is the most critical factor in a child’s education, as a high-quality teacher can overcome poverty, poor parenting and other negative factors.

Hendrick contends that attracting and retaining such teachers is a goal for the school system. Research also shows that students cannot recover from two consecutive years of a bad teacher without “tremendous intervention.”

He explained that he has invested in promoting early learning as part of his vision, as Pinellas County Schools has expanded its pre-kindergarten programs. The system formerly served about 800 pre-K students, but next year will serve close to 3,000 students.

“We’ve invested in partnering with our Early Learning Coalition, Juvenile Welfare Board, and others in the community to improve the quality of pre-K education,” the superintendent said.

Expansion of school choice programs is another initiative that has grown over the last couple of years.

Next school year, there will be a college and career center on every high school campus with a full-time employee whose only job is to match students to their college and career aspirations after high school. Hendrick also plans to emphasize improving classroom climate and behavior, as many students during the pandemic were unable to interact in a formal classroom setting, and substitutes had to replace regular instructors too often.

He praised the Bridging the Gap initiative, which aims to close the achievement gap between Black students and their white counterparts, but noted that though there have been successes, there have been areas that have not grown, such as performances on the state’s standardized assessment tests.

“That’s an area of focus that we’ll continue to dedicate resources to because, as I mentioned before, we have a need [and] we must address it,” he said.

Out of necessity during the last couple of years, Hendrick pointed out, they have become skilled at delivering instruction online, but they cannot “allow that to become the teacher.”

“Our teachers are skilled,” he underscored. “They’ve been trained; they’ve dedicated their lives to this. We have to encourage, allow, force, cajole, make sure that our students are there every day and that our teachers engage them in ways that the only place you can get that experience is in the classroom.”

The Bridging the Gap plan has six chief goals:

For each of the six goals, there are anywhere from 10-25 strategies, Hendrick explained, and those strategies are revised and updated each year. He pointed out some of the successes to date, which include a rise in Black students’ high school graduation rate (from approximately 65.5 percent to 86.3 percent) since the plan’s inception five years ago. The plan has also seen success for Black students in advanced academics.

“We’ve seen great increases in students in gifted programs, students in advanced placement courses, students taking dual enrollment, and your typical honors courses that you would see across the district,” he noted.

However, he added, there hasn’t been a great success yet regarding student achievement (Florida Standards Assessment exams) and discipline disparity, which has essentially stayed the same.

“So next year, we’ve ramped up a lot of that in-school tutoring for all students,” he said.

Hendrick said that teaching children to read is critical, and the school district is open to employing new, innovative ideas to address the reading disparity.

Deputy Superintendent Dr. William Corbett said the district is open to evaluating its current social-emotional learning programs to determine the impact and need for other evidence-based programming.

“We constantly evaluate many programs to ensure that they meet the needs of our students,” Corbett said.

With Black students being four times as likely to be suspended and twice as likely to receive a referral for school misbehavior, Area Superintendent Dr. Dywayne B. Hinds Sr. said the district would take steps to ensure that restorative practices are operational.

“We have identified a few schools that will be doing a PBSI (Positive Behavioral Interventions and Supports) reboot based on some of the data that we are seeing,” he said.

In deterring the school-to-prison pipeline, Pinellas County Schools Chief of Police Luke Williams lauded the interagency agreement between district schools and the Pinellas sheriff’s office, which addresses guidelines to maintain public safety on school campuses throughout the district. He added that he is a big proponent of mentoring.

“The best thing for us to do to help reduce the arrest is for us to mentor kids and have volunteers to go in and assist us because this isn’t a district issue, it isn’t merely a law enforcement issue, this is an issue for all of us,” he stressed.

Williams said the district is working on that issue regarding racially inequitable arrest rates.

“We are working on that through education, both with our students as to what type of behavior can get you into trouble, and also with our staff, to make sure the administrators and the teachers are not focusing on a particular behavior that may in one school mean one thing but in another school be totally ignored,” Williams said. 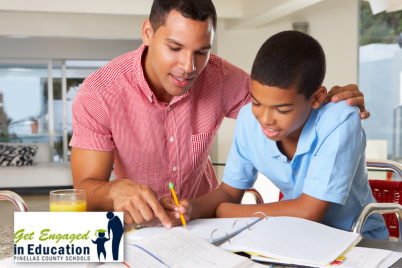 Ways to be engaged in your child’s education 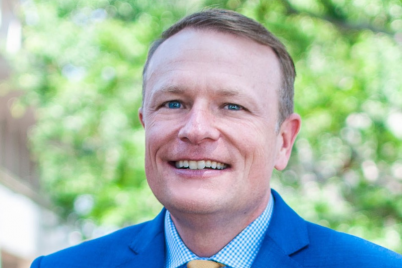 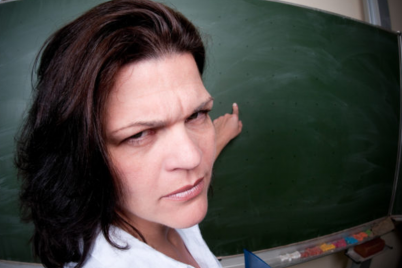 Are White Female Teachers Most to Blame for Pushing Black Children Through the School-to-Prison Pipeline?