Seabron and Shaquina Reese made sure their five children enjoyed the football game and the Marching 100 halftime show last Saturday when USF hosted FAMU at the Raymond James Stadium Sept. 18.

TAMPA – The University of South Florida football team needed a victory after consecutive losses to top tier programs North Carolina State and the University of Florida. The Bulls welcomed the arrival of Florida A & M University and the end of their losing streak. However, many in the Tampa Bay area came to the stadium for another show.

The pageantry of college football elevates when an HBCU comes to town. The atmosphere is festive, music promotes dancing, and the occasion becomes a reunion. The Rattlers arrived in Tampa to play Bulls on Saturday in front of an announced 29,475 crowd.

In pregame activities, the USF Herd of Thunder Marching Band jab stepped to form the Bulls’ logo. The South Florida faithful cheered to the energetic steps and robotic slides. As for the Rattler fans, they were waiting for the much-anticipated halftime show featuring their world renowned “Marching 100” band.

In their eyes, the show doesn’t start until their Rattlers sound their horns and beat their drums. The show ends when they leave the field. The 100 did not disappoint, blasting sounds of soul throughout the game.

Families have made a tradition of going to college football games and supporting their favorite team. For some, it is as natural as walking and as aged as eight-track tapes.

“My family has been coming to college football games ever since I was a kid,” said Boogie Harris. “We came to see the FAMU band. My dad played in the Marching 100. Our family will always be in the house. It is a great outing for us.” 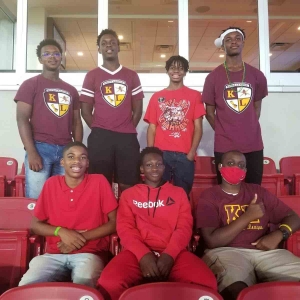 The game gave reason for tailgate parties, bringing together alumni, families, and organizations with pregame festivities. The older generation has a chance to recall fond memories while regaling the younger generation with stories of the past. Of course, some of the stories are true and others slightly fabricated. It’s all part of the celebration.

Seabron and Shaquina Reese made the trip across the Howard Frankland Bridge to indoctrinate their children in lessons of higher education and the college experience. Seabron, a physical education teacher at 74th Street Elementary, graduated from FAMU, while Shaquina, a teacher at Lealman Innovation, graduated from USF. They both have busy schedules with five children to raise and being active in church, youth sports, and other activities.

“We hadn’t been to a FAMU game since 2011 due to Little League games on Saturdays, but our game to play was pushed back to Sunday… leaving a day open to see the South Florida and FAMU football game,” said Seabron Reese.

It would have been almost criminal if the Reese family missed the game. Not only are they alums of both schools, but their oldest son Judah, whose 16th birthday was on Saturday, plays high school football. Their sons, Isaiah and Rodney, play in the middle school band and loves the Marching 100, and their youngest son, Solomon, along with Isaiah, both play football.

The game also brought together sisters with split loyalties. They were introduced to Florida A & M University in their early years and know all too well the energy and camaraderie associated with attending a Historical Black College and University. 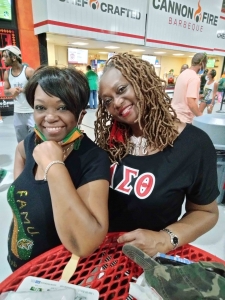 Sisters Katrina Clayton Hall and Nina. Nina Davenport had mixed feelings about Saturday’s game since they grew up in a FAMU household but attended USF.

Katrina Clayton Hall is a housing counselor in Jacksonville and a Mary Kay sales director who recently won a car. She originally attended Florida A & M before transferring to the University of South Florida, where she is a proud graduate.

Hall admitted to having conflicting feelings during the game but enjoyed every minute of it.  Her sister, Nina Davenport, is in the same boat.

Davenport owns iShare Journey Travel, LLC in Atlanta and is a charter and executive board member of the National Council of Negro Women, North Fulton Section. She is also a member of the Marietta Roswell Alumnae Chapter, Delta Sigma Theta, Inc.

Davenport joined the sorority at the University of South Florida, Kappa Iota Chapter. Growing up in a FAMU household, the Rattlers will always be near and dear to their hearts.

There is no experience quite like college football pageantry. Those who were raised up on it are now instilling the spirit into their children. When it is show time, few do it better than FAMU and the Marching 100. But still, Tampa is USF country, and you might get a horn if you mess with the Bulls. 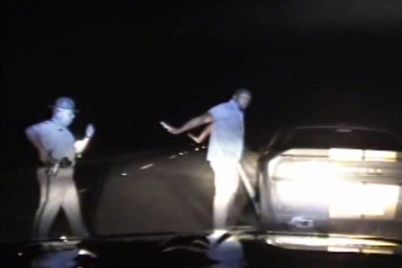 Matt Birch, The Sports Daily | Source, MSN The Cavaliers have shown a tendency to endure… 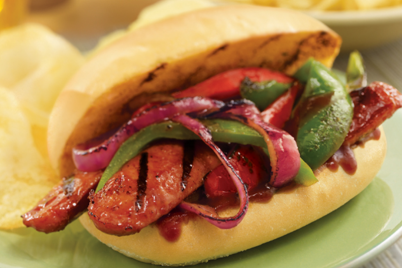