‘Our children have to know that we believe not only that Black lives matter, but we understood that Black history matters, not just to them but to the world,’ said Attorney Ben Crump at the Tampa Bay History Center’s inaugural Black History Month Reception on Feb. 4.

Crump has tackled some of the most contentious and historical cases in recent times, representing the families of George Floyd, Jacob Blake, Ahmaud Arbery, Breonna Taylor, and Amir Locke — all individuals who white police officers have killed. In her introductory remarks, attorney Carolyn House Stewart said that he “continues to fight to make America fairer and more just for all people.”

Underscored the responsibility of each generation to keep the lessons of history alive for generations to come, Crump stressed that “Black history is more relevant now in America and to the world more than ever.”

“If we don’t tell the children about their history, how will they go forward in the future while not repeating the mistakes of the past,” he asked. “Our children have to know that we believe not only that Black lives matter, but we understood that Black history matters, not just to them but to the world!”

Crump spoke about Locke, the 22-year-old gunned down by police in Minneapolis as they burst into his apartment with a no-knock warrant on Feb. 2. Locke, who had no criminal history, grew up in a family of law enforcement and Crump, who adamantly believes no-knock warrants should be banned, said that though Locke was armed at the time of his killing, he had a legal permit to carry a weapon as many citizens do under the Constitution’s Second Amendment. The attorney explained that Locke worked for Door Dash and understood that deliveries to certain areas could be high risk.

Crump maintained that the Minneapolis Police Department, in storming into Locke’s home, was executing a “dangerous, unnecessary, unjustified” and unconstitutional violation against unlawful search and seizure. Locke was sleeping on his couch when police burst in, and as he turned to see who was invading his home, he reached for the weapon that he was legally allowed to have.

“The police immediately fired upon this young man, ending all his dreams and ending his life!” 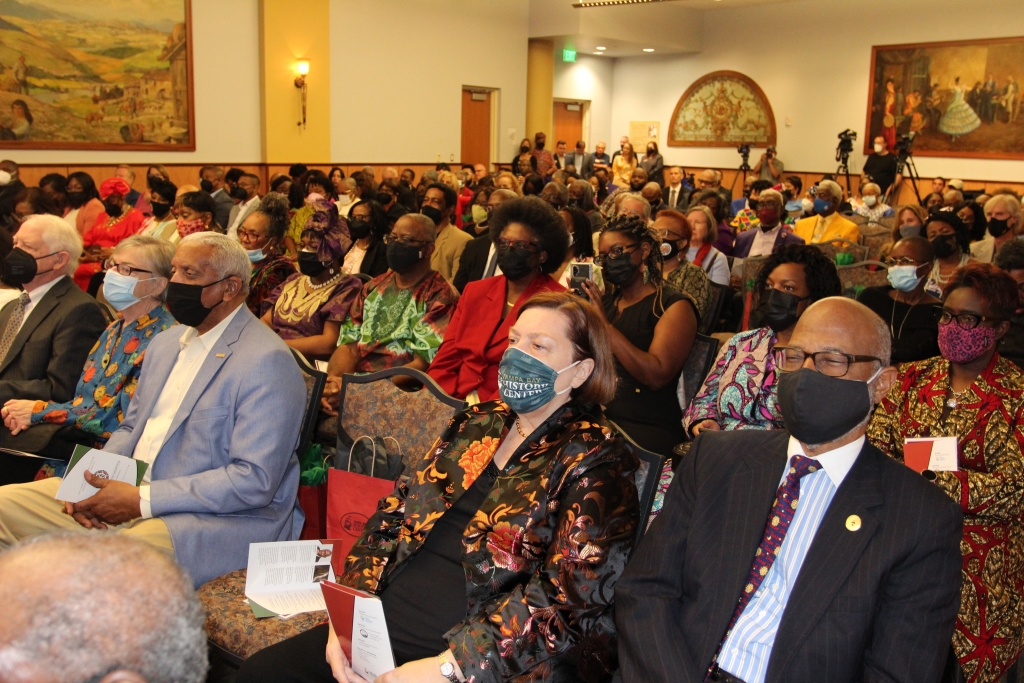 The attorney then referenced the 2020 killing of 26-year-old Breonna Taylor, also shot by police during a no-knock warrant raid in her home in Louisville, Ky.

Pointing to the upcoming 10th anniversary of the death of Trayvon Martin, a 17-year-old who was shot in Sanford, Fla., while walking back from a 7-11 store, Crump asked rhetorically, “How far has America come in our quest for equal justice and equality?”

Martin’s death raised the level of consciousness in Black people’s plight against “racism, discrimination, and implicit bias,” Crump noted, as did the death of Emmett Till before him — a 14-year-old who was lynched after allegedly whistling at a white girl in 1955 Mississippi. Martin’s case is one reason why there have been some historic firsts in the last year, Crump said, adding that if it had not been for the Martin precedent, white officer Derek Chauvin might not have been found guilty of the 2020 killing of George Floyd in Minneapolis.

He said that other verdicts in racially biased crimes have likely been influenced by Martin’s killing and the outcry it produced.

“We would not have seen the lynch mob in Brunswick, Ga., convicted and sentenced to life in prison with no chance of parole for lynching Ahmaud Arbery!” he said.

Crump lamented the divisive times in which we live and said, “the hero, the champion is a person who can find things to bring us together,” like Dr. Martin Luther King, Jr. He dismissed the controversy over critical race theory, a flashpoint topic these days, stating simply: 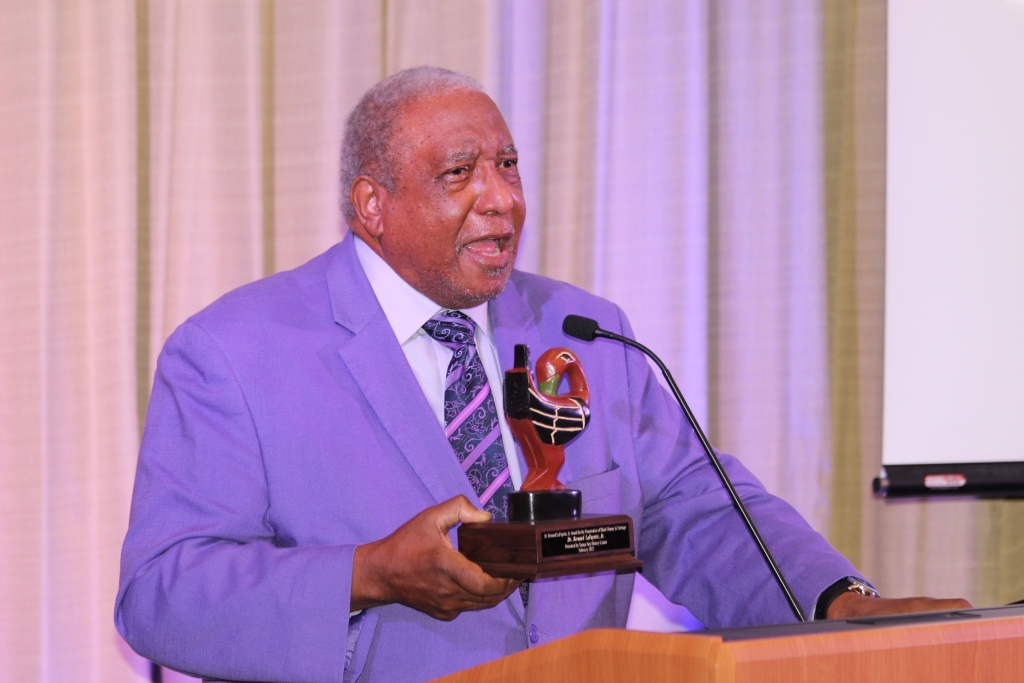 Another highlight of the evening included Tampa’s own Dr. Bernard LaFayette, Jr., receiving the Dr. Bernard LaFayette, Jr. Award for the Preservation of Black History and Heritage. It is an annual award presented to an individual or group of individuals whose work and contributions have significantly enhanced the understanding and awareness of the Tampa Bay area’s Black history.

A one-time roommate of civil rights icon of Rep. John Lewis, LaFayette participated in many civil rights causes. He co-founded the Student Nonviolent Coordinating Committee in 1960, was a leader of the Nashville Movement in 1960, on the Freedom Rides in 1961, and during the 1965 Selma Movement.

Lafayette was beaten and jailed many times during his struggles for civil rights and has authored several books chronicling his experiences. Currently, he is a professor at Auburn University.

“There’s a first time for everything, and this is the first time I’ve presented myself with an award,” quipped LaFayette, 81, to whom the award came as a complete surprise. 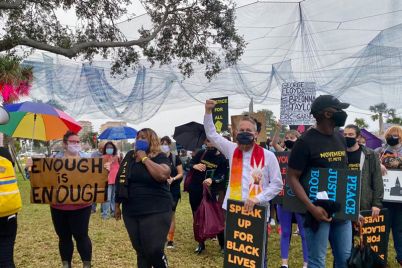