Religious hope and support have helped many cope in these trying times.

LUTZ — “I suddenly experienced an overwhelming fear that I was going to die.” At 36, Joseph Lal of Lutz felt he was too young to have a heart attack.

Lal explained that he “thought a panic attack was just an expression, something characters on sitcoms say when they’re facing a comically stressful situation.” He said he “imagined a laugh-track playing as the character starts breathing into a brown paper bag to avoid hyperventilating.”

But the attack was no laughing matter. “I felt anxiety and dread, as well as pressure in my head, numbness in both hands, and physical pain in my chest.”

Such mental and emotional distress haunts millions. A recent government survey showed a doubling since 2019 in the proportion of Americans reporting anxiety or depressive disorder symptoms, and the COVID pandemic increased the number turning to unhealthy coping mechanisms, such as alcohol and substance abuse.

As one of the some 8 million in the United States who struggle with post-traumatic stress disorder (PTSD), Gloria Acosta knew she needed comfort even if there is no cure.

While an arduous journey towards sobriety through a veterans’ program helped her get stabilized and settled in her own apartment in Los Angeles, her journey stopped short of providing peace of mind.

“There was this constant fear,” recalled the 68-year-old. “I nailed the windows shut, put extra locks on the door, kept the blinds closed.”

Then one Saturday, a ray of sunshine knocked at her door. It was Elizabeth, a 12-year-old in yellow ruffles, whose innocence and boundless enthusiasm for the Bible message she was sharing disarmed Acosta.

Acosta started studying the Bible with Elizabeth, accompanied by others in the girl’s congregation of Jehovah’s Witnesses. After years of fighting for her life on the streets, the faith Acosta was gaining and the warm support of fellow believers gradually had an emotionally healing effect on her.

“I started feeling safe in my own surroundings,” said Acosta. “I felt happy, which I had never felt before.”

Since becoming one of Jehovah’s Witnesses in August 2020, she’s removed all the extra locks on her doors. Warm sunlight floods through her windows as she sits at her desk to join congregation meetings on a virtual platform since the pandemic started.

While her PTSD still causes sleepless nights, she expressed feeling at peace with God and herself. “I don’t have to be all those things that I thought I had to be to survive in life,” she said. “I can just be Gloria.”

Gloria’s transformation is no isolated phenomenon. Faith and the support of a congregation have helped many others turn the corner in their recovery.

“While the Bible does not indicate that spirituality cures medical problems, many have derived comfort and strength from what the Bible teaches and the practical guidance it provides,” said Robert Hendriks, U.S. spokesman for Jehovah’s Witnesses.

Hope, support and positive coping skills aid mental health—whether these are built up by professional or faith-based sources, noted Dr. Lawrence Onoda, a clinical psychologist based in Mission Hills, Calif.

Even those with serious mental health conditions may find some aspects of religious participation help them cope with their symptoms, he said.

This was true for Lal, who noted two factors that helped him–prayer and professional help. While he’s convinced that God listens to his prayers, and that knowledge provides comfort, Lal also acknowledges that “prayer alone doesn’t necessarily equate to the miraculous cancellation of all my problems.”

He stated that the “most valuable medicine I received from the doctor were her words of reassurance that I was OK. I tried to keep some variation of the following thought in my head whenever I had subsequent attacks. ‘I’m OK. This is terrible. But, this will pass.’”

Months have passed since Lal has had a panic attack. “Is the worst behind me now? I don’t know, but I believe that the challenges I had last year have prepared me for what is ahead. I’m also re-convinced that mental health issues are genuine health issues and not something to take lightly.”

More information on the activities of Jehovah’s Witnesses, including resources for coping with mental illness and emotional distress, can be found on their official website, www.jw.org.

By Alex Raskin Sports News Editor For Dailymail.com and Reuters After previously…

By S. Nicole Lane, HELLO GIGGLES It may not sound like the most desirable way to wake up… 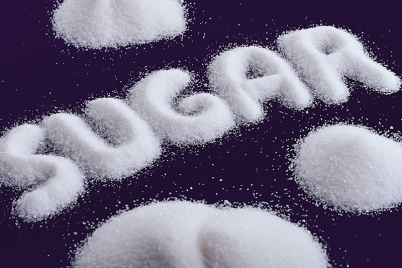