Last month, Pinellas Sheriff Bob Gualtieri briefed the media after a St. Petersburg police officer shot 17-year-old Christopher Deon Tonsel. Gualtieri said it happened after Officer Leighton Williams saw a gun in Tonsel’s waistband and ordered him to drop it, but Tonsel instead pulled out the gun and pointed it at Williams. [ Boyzell Hosey / Tampa Bay Times ]

ST. PETERSBURG — Last month, 17-year-old Christopher Tonsel was shot by a St. Petersburg police officer after fleeing on foot from a domestic dispute at Wildwood Park. K-9 officer Leighton Williams was in the 2400 block of 13th Avenue South when he stepped out of his cruiser to try to locate Tonsel, who was seen running between two residences in an attempt to hide.

According to Sheriff Bob Gualtieri, Officer Leighton Williams and his K-9 pursued Tonsel, who allegedly had a revolver in his waistband. Williams said that despite his verbal requests for Tonsel to drop the firearm, Tonsel reached for it.

According to the sheriff, the officer fired one shot at Tonsel, striking him in the torso. The teen was immediately rushed to the hospital for emergency surgery.

Less than two weeks later, a man was killed, and four others were injured during a shooting at the Skyway Plaza where a “neighborhood boxing league” event was taking place. The event, which was not properly permitted or secured, was meant to address gun violence in the community.

These shootings are part of a bigger issue. While the City of St. Petersburg has seen a significant rise in gun violence this year, it is not alone. Experts predict that the United States will experience the highest spike in gun homicides in decades, based on statistics from the Federal Bureau of Investigation’s gun violence archive. Anti-gun violence prevention measures must foster intentional healing spaces to stop the proliferation of illegal guns and firearm fatalities.

Intentional healing spaces are virtual, social, and physical communities that encourage healthy and vibrant lifestyles. They’re intended to help those most impacted by racial and other forms of oppression by cultivating individual and community transfiguration while also addressing the root causes of inequalities and injustices.

Poverty, income inequality, delipidated public housing, deficient public services, underperforming schools, despair about the future, and easy access to weapons are all fundamental causes of gun violence, according to the non-profit Educational Fund to Stop Gun Violence. A multi-faceted situation necessitates and merits a multi-faceted solution.

Creating intentional healing spaces is that multi-faceted solution. It enables a more holistic approach to both the systemic causes of gun violence and the ensuing invisible wounds, such as the collective trauma that people, families, and communities feel due to gun violence exposure.

Intentional healing spaces can be part of a broader framework to bigger efforts to strengthen the workforce. As we all know, providing jobs for teenagers is a must if we want to reduce gun violence. For example, in Chicago, youth who engaged in a summer work program run by local community organizations saw a 43 percent reduction in violent crime arrests (including gun violence).

Improvements and repairs to a neighborhood’s basic infrastructure can help to build community cohesiveness and minimize violent crime. Increased street lighting, for example, has regularly been found to reduce violence.

We need to listen to communities about what they think will work; after all, they’re the experts on the happenings in their neighborhoods. And healing spaces is what they want. 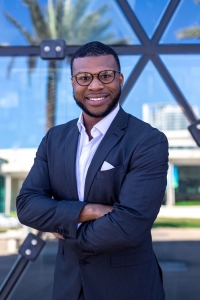 On Oct. 26, I hosted a community conversation about gun violence and the trauma it inflicts on those most affected. For two hours, a panel led by St. Petersburg Police Chief Anthony Holloway, a licensed clinical social worker, an ex-offender, and three parents who have lost children to gun violence dialogued and identified innovative solutions to curbing the gun epidemic that has found its way into our community.

As part of these efforts, we committed to mentoring more youth in neighborhoods with the highest rates of shots fired and providing these young people with more productive after-school care activities, free of charge.

The youth who participated in the conversation relayed positive stories of good times they had in other neighborhoods where they lived or visited while also remarking on how upsetting it was to see the overgrown lawns, litter, and lack of opportunities where they resided.

These responses from our youth helped me realize that what our city needed most was a task force designed specifically to address the effects of gun violence. There is a drug task force and a human trafficking task force, but what proactive measures have we made to help reduce gun violence in St. Pete?

Intentional healing spaces provide benefits beyond decreasing gun violence, which disproportionately affects African Americans, who are 10 times more likely than Caucasians to die from a bullet.

Everytown for Gun Safety recently released a policy report that details the several ways in which gun violence affects African-American adolescents and communities, including heightened anxiety, grief, depression, trauma, and unraveled community camaraderie and cohesiveness. That is why St. Petersburg needs policies and programs tailored to specifically address healing from trauma, because what we have learned is that the violence indirectly affects our entire city. Families, business owners and property values are all affected by this epidemic.

Multiple intervention techniques are needed that focus on the various fundamental causes rather than the symptoms, as intentional healing spaces do. These virtual, social, and physically safe spaces will not appear overnight; this will require a long-term approach and full community support.

However, far too many young people are waiting for our local leaders to take action to save their lives. We cannot afford to wait. Now is the time for bold, all-encompassing endeavors.

Dear Editor: Being pragmatic did not get the ancestors through slavery, Jim Crow or…

Dear Editor: It has been over a decade since two African Americans have served on the St.… 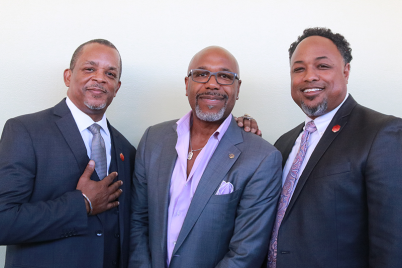