ST. PETERSBURG — Gun violence in St. Pete has become an epidemic that can no longer afford to be ignored. It has affected the safety and mental health of many in the community. On Oct. 26 at Bethel Community Church, the community came together to dialogue about healthy ways of dealing with trauma and solutions to combatting gun violence.

“But we understand that we can no longer do that because gun violence is slowly but surely creeping its way into our own personal lives.”

Givens, who lost his best friend to gun violence in 2012, said we want to make sure that we are proactive and not reactive when addressing this serious issue. Gun violence deaths traumatize not only those in the immediate family, he said, but in the entire community.

With 28 homicides in the city in 2021, St. Pete is on track to have its highest numbers in a decade. Of those 28, St. Petersburg Police Chief Anthony Holloway said 27 had been solved. He attributed most of these murders to arguments or domestic disagreements, as people often resort to deadly force to settle disputes.

“Instead of having a conversation,” he said, “it’s easier to just pick up a gun and pull that trigger. Once that bullet leaves that gun, it’s too late to say, ‘I’m sorry.’”

Maress Scott, whose son Marquis was killed in 2019 and founder of the Black St. Pete Pledge program, said nothing could prepare you for the pain you feel when you lose your child, and he has learned to lean on his faith and God for support.

Givens noted that clergy members must be at the forefront of this conversation, as the church plays a significant role in combatting the epidemic that is gun violence.

“I commend our faith-based leaders who understand that the church has to be at the center of his conversation if we’re to do anything about it,” he said, “because when we come to these funerals, it’s too late.”

Nikkie Davenport was also one of the panelists whose life has been upended by gun violence. Her son, Dominique Harris, was shot dead by police. He also has been accused of Scott’s son. Both parents were willing to sit on the panel together and have an open discussion because they wanted peace.

Davenport said her son wasn’t an angel but was ambitious, loving and loyal. The 20-year-old was shot and killed by police outside a convenience store last December after wounding an officer in a gunfight.

“Just a stop at a store changed my whole life,” Davenport said, her voice breaking. “Imagine talking to your child five minutes before his life is taken. My whole life has changed. My kids, they’re not the same. They lost their brother. It’s a silence in the house.”

Davenport still questions the way police handled the events that led to her son’s death, saying they could have disarmed him or tased him instead and expressed the need for bodycams.

“There need to be bodycams because you have to know the facts,” she said. “I still don’t know what my son did. I can only go by what they tell me, but I can’t say what they told me is the truth.”

After the shooting, Davenport said she had difficulty getting any information directly from the police and insisted that communication needed to be better.

“We know that when there’s a rise in high poverty in areas that there’s low access to things that people need in order to survive,” she pointed out. “That is food. That is water. When our basic human needs are not met, we struggle.”

Young Black men and boys suffer from a lack of mentors as well, and with parents often away at work, “we lose our youth to who’s hanging out in the streets, so they feel like they belong, they’re getting handed guns,” she said.

Starlett Clark, whose 17-year-old son Gabriel Wallace was killed in 2015, said she is dealing with depression after her son’s slaying and said the violence must stop.

“I don’t want to see any other mother lose their son because it’s very hard,” she said. “I deal with this every day. Night and day, I cry. My children are all out of order because they’re hurting.”

She advocated for a greater police presence in the neighborhoods to help curb violence.

Holloway said the city’s force is engaging in “smart policing,” where officers use a fishing pole rather than a net. Rather than arresting five suspects, he said, “let’s pick that one person out that is causing a problem,” instead of interrupting five lives.

He said the city can’t arrest its way out of the problem, adding that “if you committed a crime, we’re coming to get you, but if you need help, we’re here to help.”

John Bailey, an ex-offender who was released last year after serving over 28 years, said it can be stressful to return to society after imprisonment due to the stigma of incarceration. He now actively participates in programs that offer guidance and advice to young people, such as Not My Son, and spends time talking to other returning citizens adjusting after prison.

“They really need someone like me just to walk them through,” Bailey said.

Scott explained that it is not just up to groups and programs to help curb violence among young people, as everyone in the community can reach out to the youth and have meaningful conversations. In founding Black St. Pete Pledge, he aimed to do just that.

“My goal was to get the conversation to plant a seed in personal accountability for the safety of our communities,” he said.

Peters noted that adverse childhood and community experiences could increase our risk of developing mental health issues, which sometimes figures in fatal shootings. Community violence, living in a household where there’s intimate partner violence, undiagnosed mental health, or a home where a parent goes to jail can all increase the risk.

Bailey explained that getting to the root of the problem is crucial, and parents must remain connected with their kids, as they can be susceptible to peer pressure and lead astray.

Scott grew up in a violent area in Chicago, where he experienced his share of violence firsthand and even spent time in prison before going straight.

The message he would give to any young man out there who thinks things are hopeless: 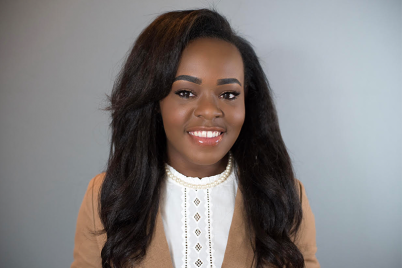 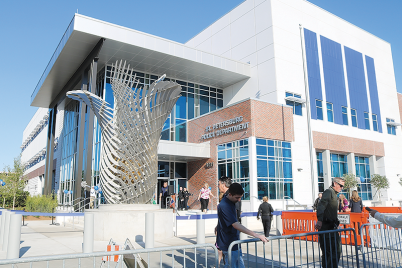