Dr. King’s quote: “The ultimate measure of a man is not where he stands in moments of comfort and convenience, but where he stands at times of challenge and controversy,” serves as an eloquent inspiration for the students at Grand Master Walter Evans’ Shihan School of Survival.

Evans recently shared how, at an early age, martial arts was linked in his mind with courage and community.

“At around eight years old, I began to be influenced by my mother’s stories about my Uncle Jesse, who was a Korean War veteran. He learned Korean style karate during the war, came home, and was very protective of his family,” said Evans.

Hearing stories of how his Uncle Jesse would come to the rescue with his martial arts skills if anyone tried to disrespect Evans’ mother or grandmother gave him the desire to be able to do the same.

Raised by a single mother, Evans gained a sense of how he might become a man known for taking care of his loved ones through his uncle, as well as his grandfather, with whom Evans stayed with when he took his first martial arts class at the age of nine in New Haven, Conn.

“I learned to keep my new-found strength and talents under wraps to avoid being challenged, and also avoid being aggressive. I definitely couldn’t be aggressive because I would hurt other kids. Once you obtain the skills [of martial arts] it humbles you,” acknowledged Evans.

The MLK Karate Invitational at Tropicana Field will start around 2:30 p.m., with student competitors exhibiting the self-awareness and skill Evans and the other instructors have instilled in them through rigorous training.

Immediately on the heels of the MLK Day of Service, Evans will be gearing up for his Shihan School of Survival’s 4th Annual Karate Tournament on Saturday, Feb. 23, at the North Greenwood Recreation and Aquatic Complex in Clearwater, 900 N. Martin Luther King, Jr. Ave.

The tournament has drawn students, competitors and visitors from as far away as Ocala, Orlando, Miami, Manatee County and New York City.

Evans said he’s proud to be the first African American in the mid-Florida region to hold an open tournament for the fourth year in a row.

He is currently planning a new program for older youth (ages 13 – 21) to address issues including car thefts and gangs. Evans knows from personal experience how martial arts can help direct the energy that can lead teens and young adults to act out in the wrong way.

Evans hopes the program will prepare youth to become respectful members of the community, able to hold good jobs, reject drug use and unhealthy eating habits and avoid behaviors like car theft, robbery and selling drugs.

“The fact that they want to steal and drive a car has to be quelled with a replacement, a reward,” Evans noted, likening their joy of speeding, driving and showing off to offering an emotional high.

“Being in a martial arts class, they’re getting the same thing, but instead they’re feeding their egos by training hard so they can perform well in class and in tournaments,” he asserted. 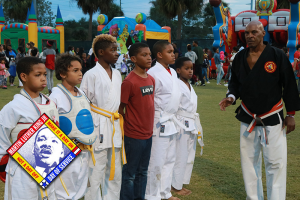 Evans believes the adrenalin rush offered by martial arts classes and competition might be a welcome replacement for the community youth with troubled behavior. 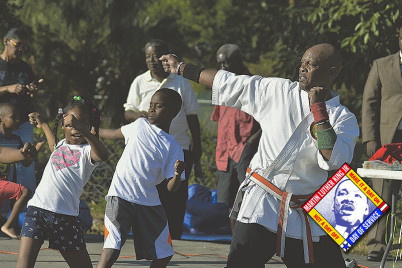 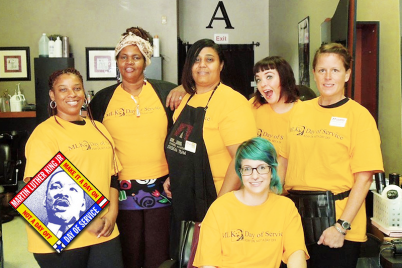 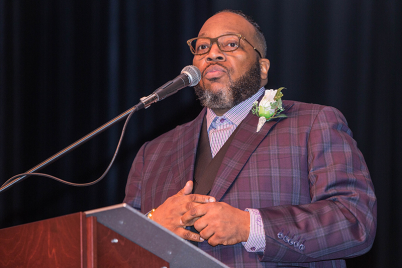