Stacy Abrams finished in second place in the Georgia governor’s race. She refused to concede in the wee hours of Wednesday morning, predicting that absentee ballots would grant her enough to trigger a runoff.

An interesting thing happens when strong, highly qualified minority candidates are on voting ballots. More likely than not, their experience as political candidates are met with institutional nuisances that so many optimistically believe have been conquered. Voter suppression is one of them.

Voter suppression is a strategy to influence the outcome of an election by discouraging or preventing people from exercising their right to vote. Frequently, people relate this to the 1960s and visualizations of white sheets, cross burnings, baton strikes and dog bites.

Historically, however, southern Democrats worked to weaken the black political structure as far back as the late 1870s through practices of violence and intimidation. These examples of voter suppression are similar to, albeit not the same as, the reported allegations in Georgia that Democrat Stacey Abrams faced against her Republican challenger during her campaign run in becoming the nation’s first African-American woman governor.

Progress has been made in the political arena; however, recent-day institutionalized problems exist, often showing itself in Republican leadership. Even some members of the Republican Party, however, are not happy about this display and are voting across party lines.

Political labels can shift. Rectifying oppressive practices, however, lead to quality and diverse representation that is advantageous to everyone.

At times, it has become easier to blame the underprivileged victim for not voting instead of challenging a system that was never created for that outcome. During a town hall meeting last week, Oprah Winfrey asked Abrams why she thought people do not vote. Her response was simple.

“It’s not apathy,” she said, “I hate when people say that. It’s because people do not understand how the dots are connected.”

Abrams understands how the dots are connected. In facing voter suppression, her strategy was clear and she made it known to all who listened — overwhelm the system with votes. During a time when people want strong elected representation that prioritizes people over profit, people came from both near and far to help Abrams and Florida’s Andrew Gillum in the quests for governor.

Their appeal crossed political, racial, gender, cultural, sexual orientation, socio-economic, and religious lines. Both young and old not only voted for them but also donated and volunteered for their campaigns.

Soon, a new election cycle will gear up. People will continue to be inspired to make their communities better. Voter suppression will continue to lurk until its face is truly eradicated. She faced it. He faced it. Be mindful as you connect the dots. 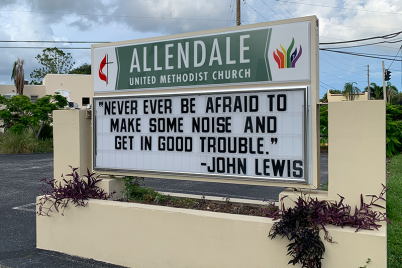 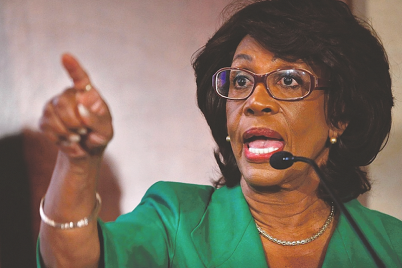 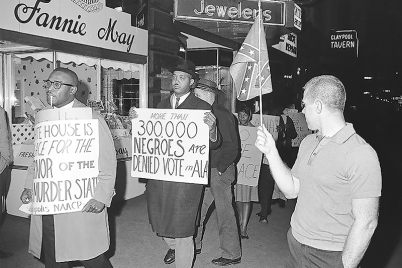 Voting barriers in the 21st century

Civil rights advocates protesting against discriminatory voting laws in 1964.   BY…