Some hold an assumption that African-American candidates can only win elections in districts that are majority black. If this is true, we as a society need to ask ourselves: “Why are we visibly opposed to overt racism in the political arena, yet accept latent racism in 2018?”

When looking at the operation of political parties, particularly the Democratic Party because some of its major party leaders in recent years have praised black women for being its “backbone,” the question needs a follow up: “How are we, as an institution, going to be intentional about increasing her electability when she comes forth to run for political office?”

Chances are, she was not born into a political legacy, but surely her acceptable participation cannot be limited to voting and canvassing. Inclusion includes the practice of making room for her voice at “decision-making tables” by appreciating her value, viewpoints and diversity — even when it’s uncomfortable.

Weeks after Stacey Abrams made history by becoming the first black woman ever to win a major party’s nomination for governor of an American state (Georgia), a report from “Axios” revealed a general feeling from black women candidates in 2018 that she did not feel supported by the Democratic Party.

During a season when very public calls to action were made for women to run, numerous articles were being published, as well as group discussions being had on how the candidacies of highly qualified, African-American women were collectively being overlooked.

Even without hearing from party leadership, some African-American women were successful in their primary election bids for elected office. For example, Ayanna Pressley ousted Michael Capuano, a man who represented Massachusetts US House District 7 for 20 years. Similarly, Jahana Hayes won the Democratic nomination for the open 5th Congressional District seat in Connecticut against party-backed Mary Glassman.

According to the 2017 Power of the Sister Vote poll, which was conducted by the Black Women’s Roundtable and revealed last year during the Congressional Black Caucus’ Annual Legislative Conference, “the percentage of black women who said neither party represents them jumped from 13 percent in 2016 to 21 percent in 2017.”

By expanding the definition of “strong” and supporting the election of black women and the noticeably powerful voting block that she represents have numerous big-picture advantages for political parties, as well as for inter-and-intra-sectional communities across the country. Neglecting her worth is problematic. Communities are watching, and many are asking: “What about her?” 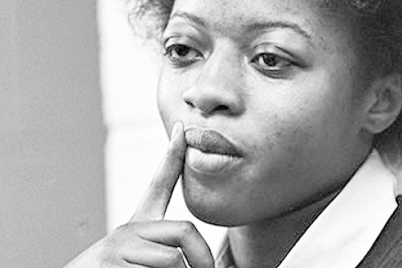