Jennifer Wallace has roots in the Gas Plant area that go back a century.

Jennifer Wallace has roots in the Gas Plant area that go back a century.

Her grandfather, Julius Bradley, served in the Second World War as one of the Montford Point Marines — the first Black men recruited to that military branch. President Barack Obama signed into legislation a law that awarded the Congressional Gold Medal to Bradley and his fellow Montford Point Marines for their service. In March 2021, Bradley’s family was formally presented with his Congressional Gold Medal.

Wallace said Bradley became a respected teacher at Gibbs High School, while her grandmother, Alene Ivey Bradley, was a well-known beautician in the Gas Plant area. She worked at a salon off Third Avenue South, where they both lived.

Though Bradley was born and raised in Pass-a-Grille Beach, by the 1920s, African Americans were being pushed out of the area as the city was expanding, so he had to relocate during his teen years, Wallace explained.

“Here in the Gas Plant area when I was young, I always visited my grandmother,” Wallace remembered. “Me and my cousins, we would always come here, and we were able to go across the street to the church … it was a really wonderful place. The community and the whole neighborhood [had] been here since before the 1920s.”

Wallace, who is from Ft. Lauderdale, has fond memories of the district from her youth, which include visiting the library, riding bikes and learning valuable lessons from her grandmother.

“There was everything here,” she said. “There was a library that my grandmother used to work at, and I used to go to the library all the time and read books, and I really loved it! The other side of her house was a movie theater, but by the time I was old enough to go to a movie theater, they had closed it. My grandma, she used to teach me how to dance and cook. She ran a boarding house right along with her salon. This was a wonderful area!”

She also recalled going to the park and racing cars, among other fun-filled activities.

Wallace added that the Gas Plant area was “really a very old, well put together neighborhood full of the people that were really part of the community. They really loved being a community.” 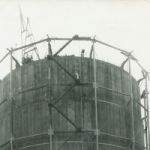 Jennifer Wallace recorded her memories of growing up in the Gas Plant District on Dec. 12, 2021, at the Gas Plant/Laurel Park Reunion. 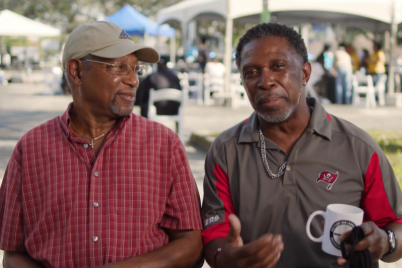 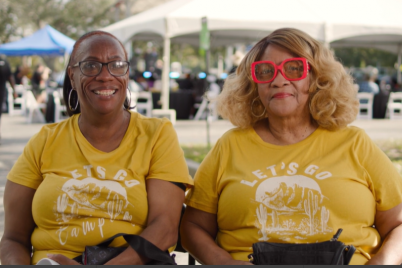 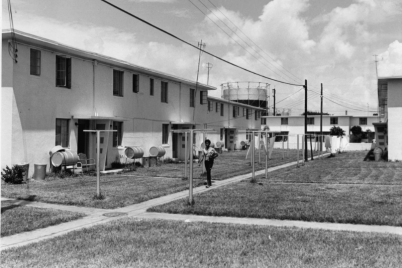 The Gas Plant/Laurel Park Reunion is scheduled this Sunday, Dec. 12, from noon until 3…