The community continues to mourn the loss of Rev. Dr. Shawn Thomas, who drowned March 18 in Lake Seminole. The photo above was taken at his first sermon at Galilee Missionary Baptist Church on Nov. 7, 2021. Photo by Kelley Collier

ST. PETERSBURG — The community was stunned hearing about the loss of one of its most phenomenal and impactful leaders. It was reported Rev. Dr. Shawn Thomas went underwater in Lake Seminole last Friday evening and was found hours later.

No way could this be possible, thought many from the religious community. He is much too young, full of vigor, with tremendous vision, and at the beginning of a new journey as senior pastor of Galilee Missionary Baptist Church.

“The passing of Pastor Dr. Shawn Thomas is a painful loss that exceeds our understanding,” said Mayor Ken Welch. “His work in the ministry, education, and our community has touched countless lives, including my family’s. Our condolences, prayers, and uplift go out to the Thomas family, the Galilee and Mt. Zion Progressive Church families, and all in the community who were blessed by Pastor Thomas’ purposeful work.”

On Tuesday, approximately 200 people gathered at Mt. Zion Progressive Missionary Baptist Church for a prayer vigil, where Thomas spent seven years leading the Children and Youth Ministry. As the song “Order My Steps” played softly, participants received roses and candles to light. The moment was solemn as the mourners reflected on a man who gave so much.

“We are being strengthened to know that he is in the hands of God,” said Latoya McTier, Thomas’ older sister, who helped raise him when their parents passed away.

Mt. Zion Progressive youth director, Michelle Mann, spoke at the vigil. She spent eight years working alongside Thomas at the church. She cherishes the times and is grateful for the moments they shared. 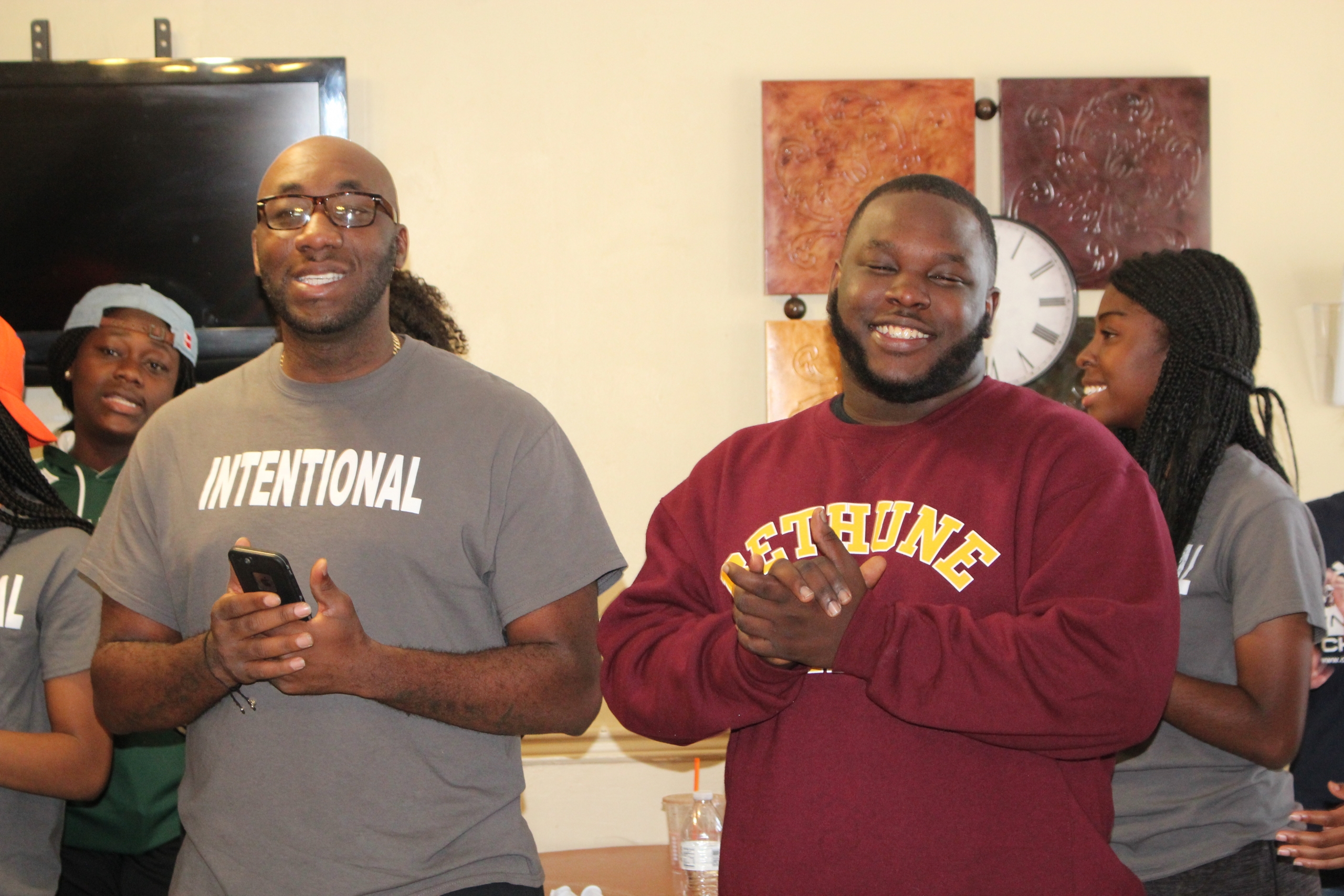 “He was a big kid who loved the youth and was an advocate for them. When I made him upset about something or put one of the youths out for the day, he would start singing the hymn ‘A Charge to Keep I Have’ and bring them back. He was a person with such a big heart that you had to love him. I will never forget his teaching, ‘don’t stop and don’t give up on our youth,’” said Mann.

Rev. Louis Murphy, senior pastor of Mt. Zion Progressive, was equally appreciative of Thomas’ service, referring to him as a tremendous blessing.

“He became a preaching partner, stated Murphy. “He handled things in a way that any pastor would appreciate. He embraced the vision, was committed to the work of the ministry, and had love for the people. He had a pastor’s heart.”

A year before leaving to pastor his own church, Thomas took on the director of ministry position at Mt. Zion.

As the youth pastor, Thomas led missionary trips to Central America to promote youth evangelism and provide vacation bible school to children in Belize. In a 2016 article, he said that before the trip, the youths would say they were volunteering for events “because Pastor Shawn said we were going to do this.” After the trip, he said, “The youths are now coming to me with community involvement ideas.”

You could find Thomas and his charges in the community mowing lawns, cleaning up neighborhoods, and visiting residents in nursing homes. In a 2017 article, Thomas said, “We’re trying to make sure that our kids understand that as a part of their Christian witness, they have a responsibility and duty to serve humanity.” 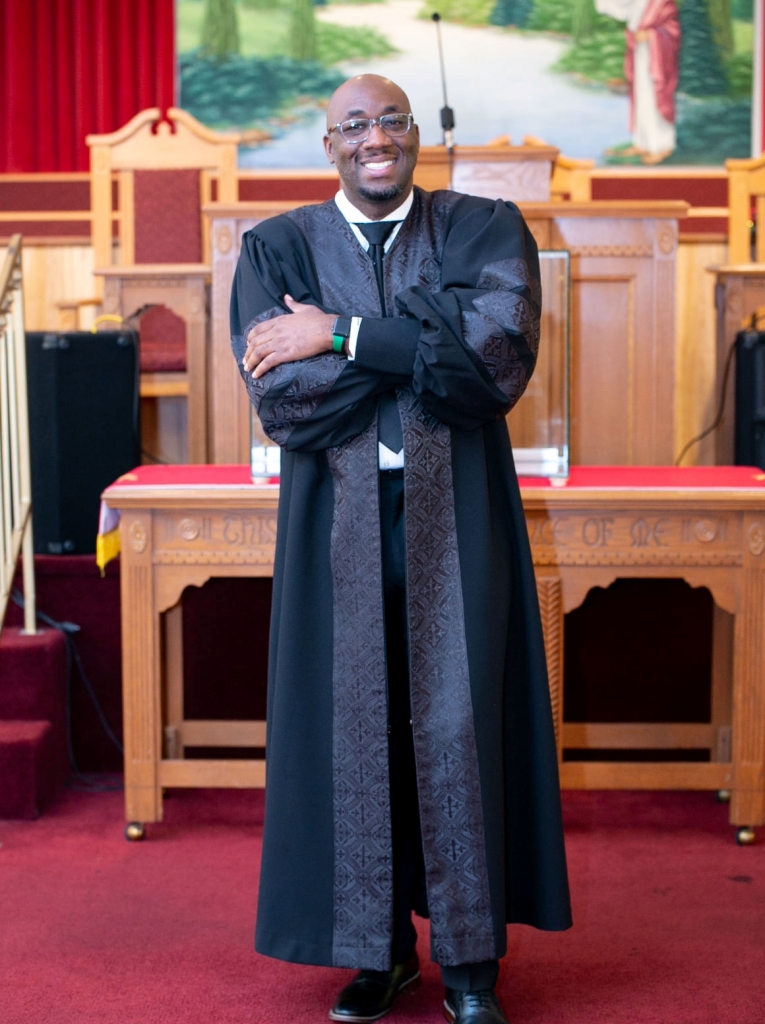 “I believe through God that Galilee can be a leader in bringing generations of people from a variety of backgrounds together to make an impact in the lives of the people of this community and city,” said Rev. Dr. Shawn Thomas last November before his pastoral installation in January. Photo by Kelley Collier

Thomas was an adjunct professor of World Religion at St. Petersburg College and served the State of Florida as a house speaker appointee on the Council for the Social Status of Black Men and Boys.

“Professor Thomas has a personality built for teaching; the atmosphere of the classroom is one that openly invites inquiry and discussion,” said a former student. “The questions prompted throughout the lecture were genuinely stimulating and allowed me to think in ways I would have never thought to think in before entering this classroom.”

A product of Pinellas County Schools, Thomas went on to receive a master’s degree in divinity from Morehouse School of Religion in Atlanta and a doctorate in ministry from the United Theological Seminary in Dayton, Ohio, where he served as a doctorate mentor. He also completed one unit of clinical pastoral education to help develop his abilities to assist individuals holistically.

Rev. Dr. Wayne Thompson, senior pastor of First Baptist Institutional Church, knew Thomas in his early days of ministry and became a father figure to him. He said Thomas was a smart young man whose personality rivaled his brilliance, calling it a winning combination. He admired Thomas’ faithfulness, especially to those he served.

“When you are faithful to another man’s ministry, then God will give you your own. Shawn fed the people from the pulpit. He did not disappoint.”

Thomas will live on through the hearts and minds of those he touched. In his 39 years on this earth, he imparted wisdom into souls and planted seeds in the youth to grow. The pain is plentiful now, but his memories will carry on, and more stories of his love for God and community will be revealed. 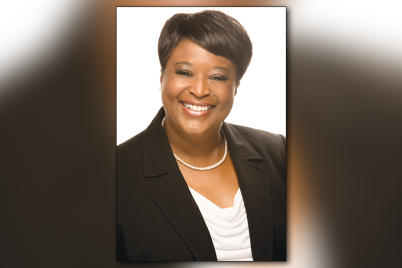 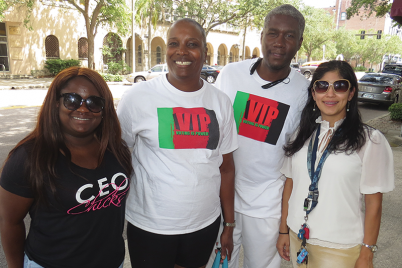 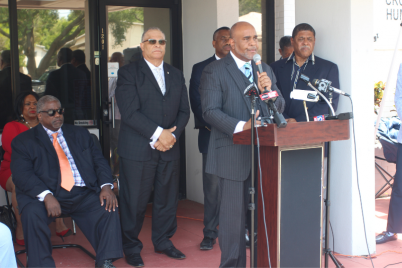 Pictured above, Black pastors announced their endorsement of the Sugar Hill Community…